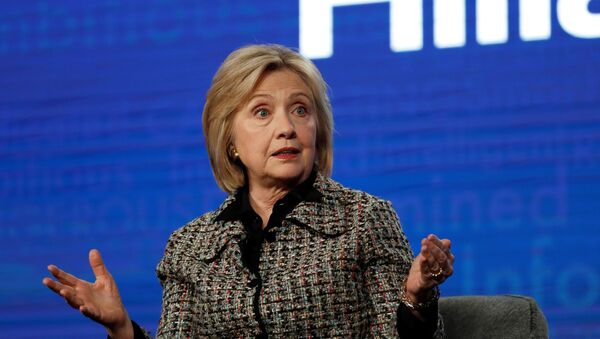 US Senators on Wednesday acquitted Donald Trump of two impeachment charges in a near party-line vote that closed the curtain on the third presidential impeachment trial in US history.

Hillary Clinton has weighed in once again in the Trump impeachment saga – accusing the senators who went against her wishes of betraying the US Constitution and democracy.

“As the president's impeachment trial began, Republican senators pledged an oath to defend the Constitution,” Clinton tweeted on Wednesday.

“Today, 52 of them voted to betray that oath—and all of us. We’re entering dangerous territory for our democracy. It’ll take all of us working together to restore it.”

As the president's impeachment trial began, Republican senators pledged an oath to defend the Constitution.

Today, 52 of them voted to betray that oath—and all of us.

We’re entering dangerous territory for our democracy. It’ll take all of us working together to restore it.

Donald Trump was being tried in the US Senate over two charges brought by the House Democrats and stemming from his dealings with Ukraine. The Democrats have accused him of abusing power by pressuring Ukraine to investigate his potential rival in the presidential election, Joe Biden, over corruption allegations using planned military aid to the country as leverage.

As Trump blocked some key witnesses and documents from being subpoenaed in the fall, he also faced accusations of obstructing Congress. The Democrats needed a two-thirds majority of 67 votes in the Republican-held Senate to convict and unseat Trump.

On Wednesday, all 53 Republican senators voted ‘not guilty’ on the obstruction charge, and 52 Republicans voted to acquit him on the abuse of power charge. Mitt Romney became the first US senator in history to vote to convict a president from his own party.

A triumphant Trump, who has maintained his innocence and slammed his impeachment as a political “witch hunt” throughout the process, tweeted a video suggesting he will be president forever.

With nine months until the next presidential election, the Democrats are facing Trump at his most popular: the President’s approval rating is currently sitting at his all-time personal high of 49 percent. They have vowed to go ahead with investigations into Trump over the course of this year.