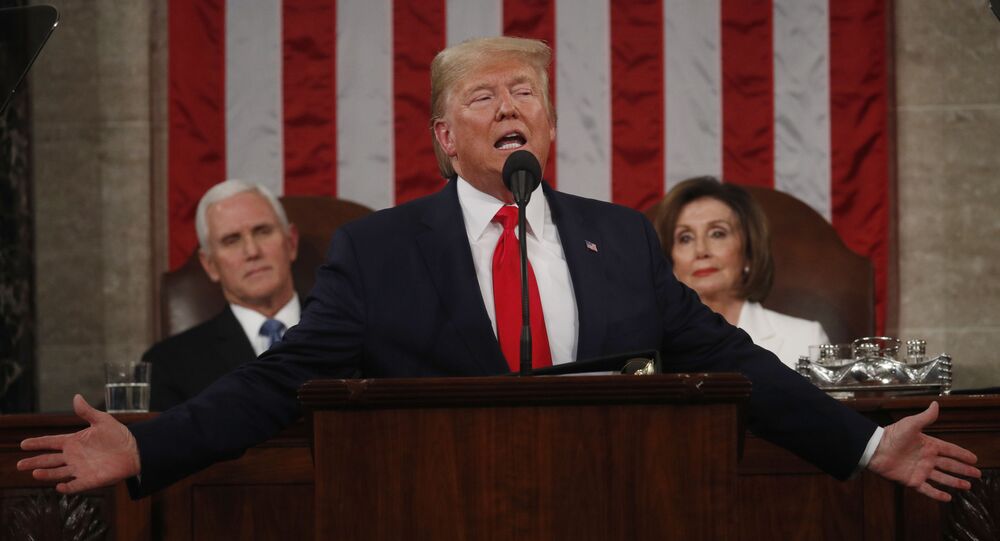 The US Senate has voted in favor of acquitting US President Donald Trump on both articles of impeachment: abuse of power and obstruction of Congress.

This vote comes after members of the Senate took to the chamber’s floor to debate the matter earlier in the day. Senator Mitt Romney (R-UT) delivered a particularly dramatic speech on the floor, telling his fellow GOP lawmakers that he would vote to convict Trump on the abuse of power charge and that the “people will judge us for how well and faithfully we fulfilled our duty.”

"The grave question the Constitution tasks senators to answer is whether the president committed an act so extreme and egregious that it rises to the level of a 'high crime and misdemeanor.' Yes, he did.” he argued.

The body previously met on Monday so that both the prosecution and defense could deliver their closing remarks. Rep. Adam Schiff (D-CA), the House’s head impeachment manager, argued that Trump “will not change” and an acquittal will embolden him to commit further crimes while president.

“You can’t trust this president to do the right thing, not for one minute, not for one election, not for the sake [of] our country,” he said on February 3, as reported by the Associated Press.

Trump defense attorney Jay Sekulow contended that the decision on whether Trump should be removed should be made by the American people rather than Congress, saying, “The answer is elections, not impeachment.”

With a 51-49 vote on January 31, Senate Democrats failed to get the four Republicans needed to pass a motion calling for additional witnesses to testify in the impeachment trial. Only two Republicans, Senators Romney and Susan Collins (R-ME), went against the party line and voted in favor of more witnesses being called to trial.

Trump has maintained his innocence when it comes to impeachment “hoax” and went even further to assert that he was impeached by the House of Representatives “for making a perfect phone call.”

The Radical Left, Do Nothing Democrats, don’t want justice when pushing the Impeachment Hoax, they only want to destabilize the Republican Party so they can do better in the 2020 election, & that includes the House & Senate. They are playing with the people by taking it this far!

On December 18, 2019, the House of Representatives voted to impeach Trump on two articles: abuse of power and obstruction of Congress. The former passed with a vote of 230-197, and the latter was approved with a vote of 229-198.

Acquittal of President Trump vindicates the position of Professor Dershowitz, myself and others that if it is not indictable, it is not impeachable. The House alleged no crimes, and that, alone, required acquittal of the President, to avoid the precarious precedent that Congress can remove a President for any reason they want, any time they want. Truth is, Trump was impeached for challenging the Deep State bureaucracy that runs Washington foreign policy, often to the detriment of the American people and against the express wishes of the American people.

"Acquittal of President Trump vindicates the position of Professor Dershowitz, myself and others that if it is not indictable, it is not impeachable. The House alleged no crimes, and that, alone, required acquittal of the President, to avoid the precarious precedent that Congress can remove a President for any reason they want, any time they want. Truth is, Trump was impeached for challenging the Deep State bureaucracy that runs Washington foreign policy, often to the detriment of the American people and against the express wishes of the American people," he said.

According to George Szamuely, a senior research fellow at the Global Policy Institute, there were "few surprises in the impeachment vote".

"By and large, the vote was along party lines. The Democrats kept their troops in line. Senator Kyrsten Sinema (D-Ariz.), who, coming from a Red State that Trump carried handily in 2016, was considered to be someone who might vote to acquit. Yet, she voted with her party to convict Trump on both articles. The same went for Senator Joe Manchin (D-W.Va.), whose state Trump carried by more than 30 points. Yet Manchin too voted to convict on both articles. The only deviation from party-line voting came on the Republican side. Former GOP presidential nominee Mitt Romney (R-Utah) declared his intent to vote to convict Trump on the 'abuse of power' article of impeachment", he said, adding that Romney’s decision, however, was not "entirely a surprise", as he "had already bucked his party when he voted to call more witnesses".

Szamuely continued: "Nonetheless, a vote to convict and thus to remove an incumbent president from your own party is a big deal. In fact, this has never happened before in US history. There have now been three Senate votes on impeachment in US history, and this is the first time that a senator has voted to convict a president from his own party. However, Romney’s vote did not make very much sense. He insisted that he wanted to hear from more witnesses. But if he needed to hear from more witnesses, how could he conclude that the president was guilty? Under the U.S. legal system, the burden of proof is on the prosecution; if the evidence doesn’t suffice, then you have to acquit". 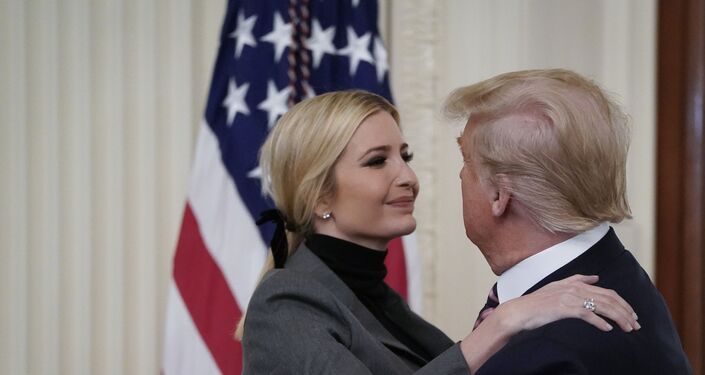 © AFP 2019 / Drew Angerer/Getty Images
U.S. President Donald Trump hugs his daughter and Senior Advisor Ivanka Trump after speaking in the East Room of the White House one day after the U.S. Senate acquitted on two articles of impeachment, on February 6, 2020 in Washington, DC.

He went on to say that despite his decision, it was very unlikely that Romney would suffer any "adverse consequences": "He is 72 years old; he has no presidential ambitions, having already run twice and failed twice; and he is not up for re-election to the Senate until 2024. Moreover, the Senate as an institution prides itself on courtesy and mutual respect, so it’s unlikely that too much animus will be directed at Romney—any such animus will dissipate before very long".

However, per Szamuely, the impeachment vote "ends nothing" as the Dems will still try to find ways to remove the US president from office.

"The House Judiciary Committee under the chairmanship of Jerry Nadler (D-N.Y.) is already promising to subpoena former National Security Adviser John Bolton. Investigations based on the Mueller probe—Did Trump obstruct justice?—and the Ukraine probe will continue without any interruption. Chances are that Democrats will find a new issue and again proclaim that they have irrefutable evidence that Trump was soliciting foreign interference in a U.S. election. It is quite possible that the Democrats will launch yet another impeachment inquiry before the end of the year. Indeed, this will become all the more certain as the Democrats’ chances of winning the November election fade away. Impeachment will soon become as American apple pie".

Wednesday’s vote brings an end to the monthslong impeachment process that got its start in September 2019 when the formal impeachment investigation was launched based on the Trump-Ukraine scandal. It was alleged that Trump withheld military aid from Ukrainian President Volodymyr Zelenskyy and made the funds contingent on Kiev’s announcement of an investigation into former US Vice President Joe Biden and his son, Hunter Biden.