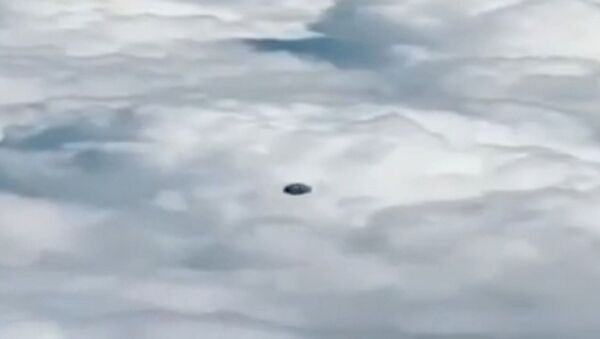 We are accustomed to thinking that UFOs generally look like shiny saucers or have some elongated form, but in fact cryptic cube-like objects have appeared quite frequently in different parts of the world.

Footage of a mysterious cube-shaped object flying near a commercial aircraft has baffled viewers with many suggesting that the eerie square could be an alien drone.

The video, whose authenticity cannot be verified, was first shared on the TikTok app by a user called CesarinMP, before it was posted on YouTube channel UFOmania – the truth is out there on 31 January.

The channel claims that the footage was captured by a pilot of a commercial airline Viva Air, who was flying over the Colombian city of Medellin. The bizarre clip shows the cubic structure gliding down through the clouds at a distance.

In the absence of any commentary to the original video, YouTube viewers offered their explanations on what the mysterious object may be.

Many users said that the cube-shaped structure belongs to aliens, noting that authorities would try to deceive the public saying it is military exercises.

Others netizens thought that the video was staged or was likely the work of a CGI artist.

One user wrote: “At this point, it is impossible to distinguish reality from cgi. Even if this where 100% real, this is still easily replicable with cgi".

Other viewers joked that the mysterious cube is an aircraft of Borg, a villain in the Star Trek sci-fi TV series. Whatever the case, it appears that the eerie object is a frequent guest as many users said that they've repeatedly seen it in different locations.

A similar square-like UFO was recently filmed hovering in the clear sky over Georgia, the United States.