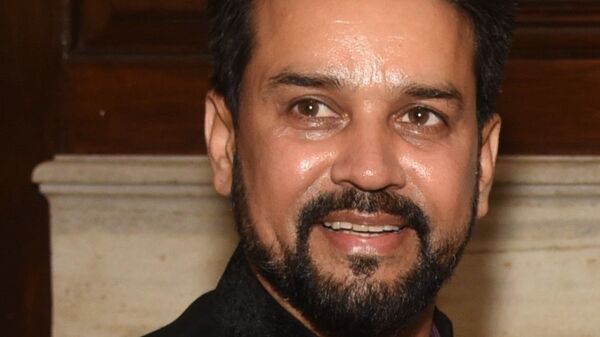 The BJP on Wednesday removed two of its politicians Anurag Thakur and Parvesh Verma from its list of star campaigners for the forthcoming Delhi State Assembly elections.

The action came in response to a request from the Election Commission of India on Wednesday, directing the BJP to remove Minister Anurag Thakur and Parliamentarian Parvesh Verma from the list for the Delhi election campaign.

Thakur is the junior Finance Minister and Verma is a Member of Parliament representing West Delhi.

The notice to the BJP stated: “The Election Commission orders the removal of Anurag Thakur and Parvesh Sahib Singh from the list of star campaigners of the Bharatiya Janata Party for the general elections to the Legislative Assembly of the NCT of Delhi with immediate effect and until further orders.”

Election Commission of India Takes Action Against Anurag Thakur and Pravesh Verma, Commission has removed their names from the Star Campaigners list,Still They Can Campaign in #DelhiAssemblyElections pic.twitter.com/NMqyGyw2mp

A BJP party source said the step by their party has been taken as a precautionary measure.

Thakur, the junior Minister of Finance, was served a notice for literally giving a call to the public to chant “Desh K Gadaaro ko, Goli Maaro Saalon Ko” (the traitors will be shot down), during a pre-campaign rally in Delhi.

While Verma, the BJP parliamentarian from West Delhi, warned the people that millions of anti-CAA protesters in Shaheen Bagh could possibly enter their homes “to rape and kill women just like what happened in Kashmir with Kashmiri Pandits”.

India’s capital city is slated to undergo elections on 8 February for the 70-member legislative assembly, the results will be out on 11 February. The polls will see a three-way contest among the ruling Aam Aadmi Party (AAP), and the opposing BJP and Congress parties.

The CAA or Citizenship Amendment Act, which entitled non-Muslim migrants from Pakistan, Afghanistan, and Bangladesh who entered India before 2015 to apply for citizenships, has ignited outrage in different parts of the country. Violence-ridden protests and demonstrations, largely involving the Muslim community, have taken the country by storm.