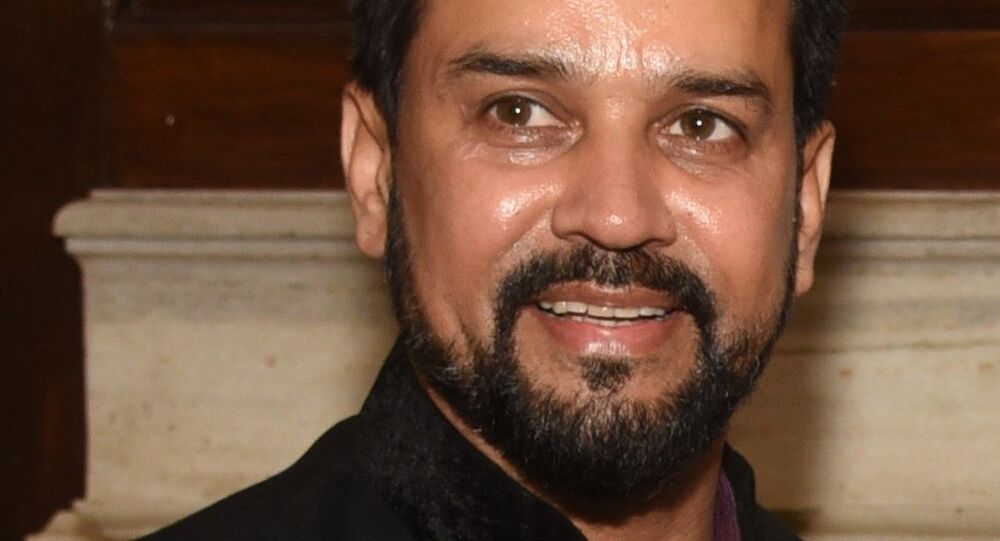 New Delhi (Sputnik): New Delhi is set to see elections for the 70-member legislative assembly on 8 February. The polls point to a three-horse race between the ruling Aam Admi Party (AAP), the BJP and Congress.

Thakur, the union minister of state for finance, has been served notice for asking the public to chant “Desh K Gadaaro ko, Goli Maaro Saalon Ko”, which means the traitors be shot down, during a pre-election campaign rally in Delhi.

​On Tuesday morning, the Delhi Chief Election officer filed a report to the ECI over the provocative language used by Thakur. He has been given until Thursday afternoon to respond.

Meanwhile, in another rally on Tuesday, a BJP parliamentarian from West Delhi warned people that millions of anti-CAA protesters in Shaheen Bagh could enter their homes “to rape and kill women just like what happened in Kashmir with Kashmiri Pandits”.

In a similar instance, last Thursday, a BJP candidate Kapil Mishra on Twitter equated the upcoming elections in Delhi to an “India-Pakistan match” leading to the election commission imposing a  48-hour campaign ban on him. He is contesting Delhi’s Model town constituency.

According to media reports, Twitter said it had withdrawn one of his posts at the behest of the Election Commission, where Mishra likened the forthcoming Delhi elections to a contest between India and Pakistan. The post, however, can still be seen on the platform.

In view of recent anti-Citizenship protests and Narendra Modi’s popularity at the national level and Congress hoping to regain its long-held bastion of Delhi, the 8 February election campaigning is witnessing high-decibel speeches during public rallies.

All the three parties AAP, BJP, and Congress are involving their key politicians to win over the millions of voters in Delhi.

Ever since the Citizenship Amendment Act passed last month, the country has witnessed widespread protests against it.

The Law grants Indian citizenship to non-Muslim immigrants who fled persecution in Afghanistan, Pakistan and Bangladesh and settled in Indian before December 2014. The bill has been targeted by opposition parties and civil rights activists.

Prime Minister Modi has said that no Indian Muslim has anything to worry about regarding the law “as it seeks to grant citizenship, not snatch it”.