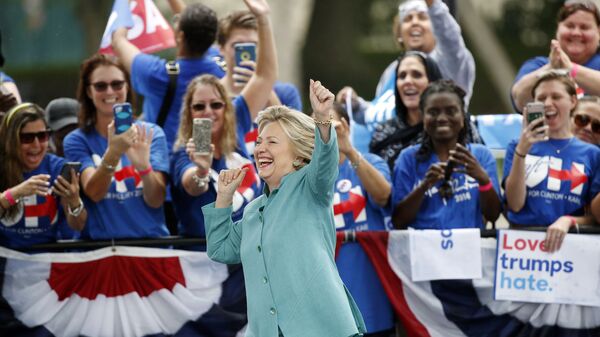 For the docuseries "Hillary," director Nanette Burstein sat down with Hillary Clinton to assemble over 1,700 hours of behind-the-scenes footage offering an insight into the history of the former secretary of state and 2016 Democratic presidential candidate.

A trailer has been released for a new, four-part documentary series centred on the life and legacy of former secretary of state Hillary Clinton.

Offering some behind-the-scenes footage of ex-president Bill Clinton and his wife, Hillary Clinton, 72, the series also shows the couple opening up on some of the more intimate moments of their life and their respective careers.

Set to premiere on Hulu on 6 March and titled simply “Hillary”, the docuseries covers several milestones of Clinton's life, including her upbringing, her years in law school, her campaign and the scandals that were linked to her name.

In the trailer, Bill Clinton, 73, recounts how he met his future wife, Hillary. In the footage he also seems to reference his scandalous affair with former White House intern Monica Lewinsky, that led to his impeachment by the House of Representatives for lying under oath.

In the clip, Bill Clinton says:

"It wasn't like I thought, 'How can I think about the most stupid thing I could possibly do and do it?'”

"I didn't want anything to do with him," quips Hillary Clinton.

As the trailer then cuts to a shot of Chelsea Clinton standing between her parents and holding their hands as they prepare to board Marine One, the former Democratic presidential candidate continues:

"Chelsea put herself between us and held both our hands." 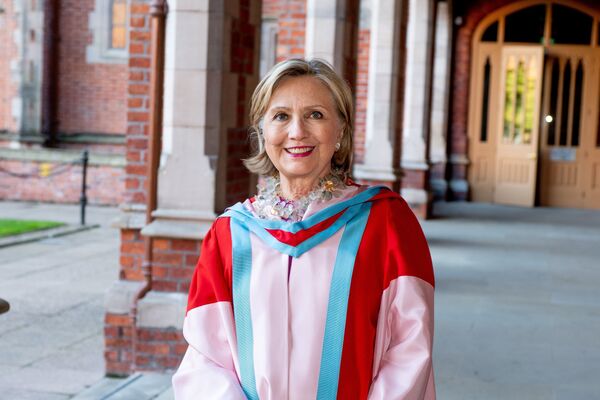 The docuseries promises to offer never-before-seen footage from Hillary Clinton's 2016 presidential campaign as well as interviews with former staff, journalists, family and friends.

Speaking onstage at the Television Critics Association’s winter press tour in Pasadena, California, Hillary Clinton shared her impressions from the 35 hours of interviews that she conducted with director and executive producer Nanette Burstein for the docuseries.

“There was nothing off-limits… But this did not start out as the film ended up being. We had 17,000 hours of behind-the-scenes footage… but Nanette came back and she said, ''Look, this is a bigger story. It needs to be told.' And I thought, I’m not running for anything, I am not in office, so I said, 'Sure, let’s give it a try.' And off we went.”

The former secretary of state said she hoped the film would spur the debate about the current state of US politics.

“It is a really fraught time right now, and so I anticipate there will be a lot of questions about that that will spring off the film itself,” Clinton is quoted by Adweek as saying.

The one-time presidential candidate urged her fellow Americans to remain engaged in politics and vote wisely in the upcoming 2020 elections.

“This is an election that will have such profound impact. So take your vote seriously—and vote for the person who you think is most likely to win, because at the end of the day that is what will matter.”

“The reason why I wanted to expand this and tell her life story is that I felt it was so remarkably emblematic of our history over the past four years…More than anything, I wanted people to understand this historical figure who is incredibly polarising, and why.”