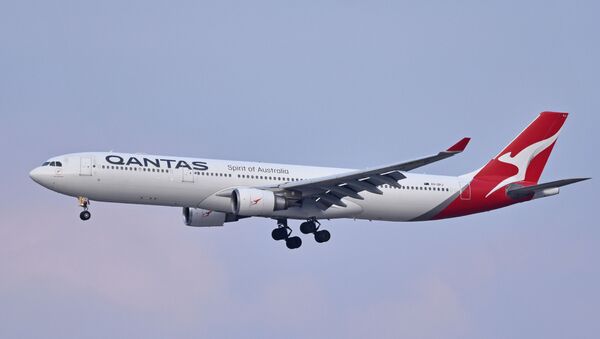 The crew of a Qantas passenger plane reportedly activated an emergency alert in midair after taking off from the city of Perth and diverted the jet back to its departure airport. Australian emergency crews were reportedly deployed to the tarmac.

According to the West Australian, flight QF642, bound for Sydney, departed on Thursday about 9:30 a.m. local time. The pilot reported an issue while the Airbus A330-202 was in midair before initiating an emergency landing.

After the plane touched down safely at the airport, emergency crews standing by immediately moved to the plane. Unconfirmed reports claim that the issue was with the plane's landing gear, according to The West Australian.

Data from Flightradar24.com showed that flight QF642 had no signs of distress and that the plane reportedly is prepared to continue its scheduled flight.