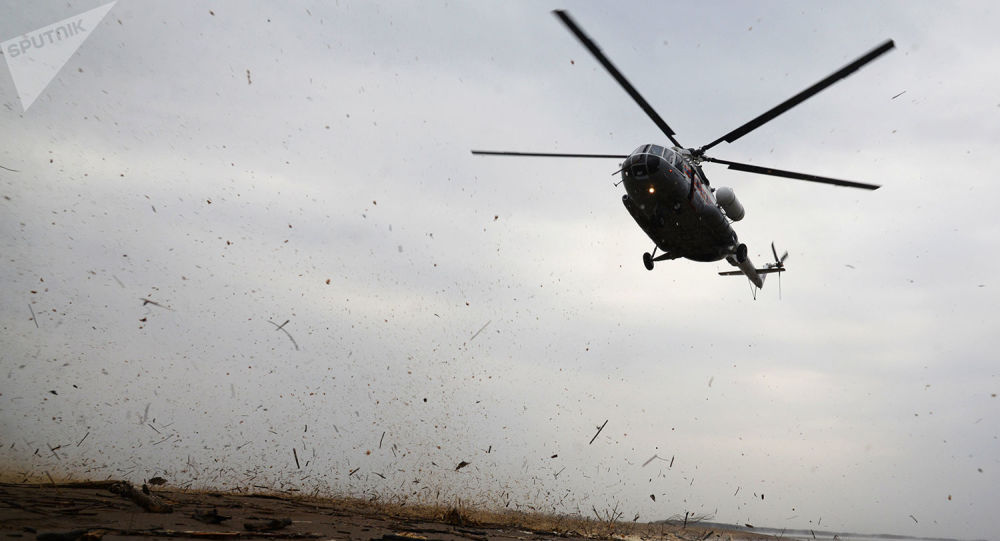 The Mi-8 is a Russia-produced medium twin-turbine helicopter commonly used for transportation.

“A 'KrasAvia' Mi-8 helicopter was forced to make an emergency landing 289 kilometres northeast of Khatanga”, a source told the Russian media.

There were 14 passengers and three crew members on board. It was later confirmed by Khatanga's acting head Anna Bettu that the plane was carrying 11 children.

No casualties as a result of the incident have been reported. The circumstances surrounding the emergency landing are currently being clarified, but it has been reported that during the flight one of the engine’s malfunction sensors was triggered, prompting the aircraft to land on a selected site.

"The Norilsk transport prosecution has started verifying compliance with flight safety legislation after the [emergency] landing by the Mi-8", the official said.

The Mi-8 is a medium twin-turbine helicopter produced in Russia and is one of the most common operational military aircraft in the world. It is also often used for transportation.

On 25 December, a “KrasAir” Mi-8 helicopter made a hard landing in the Evenkiysky District of Krasnoyarsk Krai, Russia. Out of 24 people and crew members on board, 16 were injured in the incident, with 5 people hospitalised. Several hours later, another Mi-8 crash-landed in the Krasnoyarsk territory, while carrying 23 people on board. All 19 passengers and 4 crew members were reportedly unharmed.