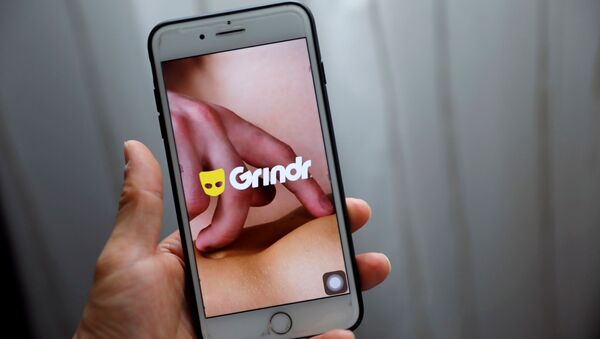 Grindr, a geosocial dating app for “gay, bi, trans, and queer people”, as well as apps Tinder and OkCupid, are sharing personal user information with online advertisement networks, according to a research report published on Tuesday by the Norwegian Consumer Council.

The report said that personal data, including user location, age, gender, sexual orientation, interests, habits, and behaviour, is mainly used by third parties to profile users and show targeted ads, but may also lead to “discrimination, manipulation and exploitation”.

“Every time you open an app like Grindr, advertisement networks get your GPS location, device identifiers and even the fact that you use a gay dating app. This is an insane violation of users’ EU privacy rights,” says Max Schrems, founder of the European privacy non-profit NGO.

The report noted that the Norwegian Consumer Council is currently filing formal complaints to the Norwegian Data Protection Agency against the dating app and five third-party companies who received personal user information via Grindr, including Twitter`s MoPub, AT&T’s AppNexus, OpenX, AdColony and Smaato, for breach of data protection regulations.

“The report provides compelling evidence about how these so-called ad-tech companies collect vast amounts of personal data from people using mobile devices, which advertising companies and marketeers then use to target consumers with personalised ads, without a valid legal base and without consumers knowing it,” the European Consumer Organisation said in an emailed statement.

The report stated that there are very few ways for consumers to limit or prevent “this massive commercial surveillance” and personal data sharing across the internet.

The Norwegian Consumer Council also urged online marketing and advertising companies to look for alternative solutions, while calling on authorities to take “active enforcement measures” to protect consumer against such illegal “exploitation of personal data”.