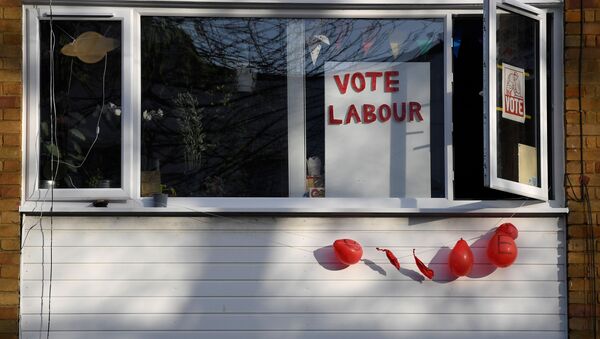 For weeks now, rumours have circulated regarding whether trade union veteran and Corbyn champion Ian Lavery would make a surprise leftward jump into the race to succeed Jeremy Corbyn as Labour leader after saying he was "seriously considering" running.

Labour Party Chairman and socialist firebrand Ian Lavery has confirmed on Monday that he will not stand in the race for party leader, instead backing Rebecca Long-Bailey for the top position.

In a statement on social media, Lavery thanked those who had expressed support for his potential run and that the Labour Part "needs a leader who can not only represent our ‘heartlands’".

"We must ensure that we never again are seen to take working class communities for granted or to write them off as ignorant or ill educated", he said.

He then announced that he would would be throwing his "full support behind Rebecca Long Bailey as the best person to lead our party".

I have just released a statement regarding the Leadership of the Labour Party. It has been truly humbling to receive so much support from our fantastic members and my @UKLabour colleagues. Please read the full statement below 👇 pic.twitter.com/fPDl53FD3g

​Anticipation for Lavery's leadership bid has served as the MP for Wansbeck since 2010 and has been as an ardent support of Jeremy Corbyn, comes from the left-wing of the party.

A key reason for his apparent popularity however was not just his support to continue the leftward shift of the Labour Party which was seen under Jeremy Corbyn. With his background as the President of the National Union of Mineworkers, he is emblematic of the kind of northern working class areas which abandoned Labour at the December election.

Unlike most of the current declared leadership candidates, he has also consistently opposed the drift towards a second referendum on European Union membership.

However, he has been accused in recent years of raiding his 10-person union of £165,000 but he denies any wrongdoing.

He has a history of clashing with Boris Johnson once before.

That Ian Lavery, he won’t take any crap from BorisJohnson. We need a fighter, and Lavery will fight for us all.#Lavery4Leader pic.twitter.com/7gYAZFxmMG

​The statement follows the confirmation that the staunch Corbyn ally and Shadow business secretary Rebecca Long-Bailey will be standing for the leadership election, issuing her own statement in Tribune that the party must maintain it's "socialist agenda" and highlighting her legacy in putting together Labours Green New Deal policy.

With Shadow Brexit secretary Sir Keir Starmer leading the race according to YouGov polling, the 2020 leadership election will determine the direction of the Labour Party post-Corbyn and post-Brexit, with candidates such as Jess Phillips, who blame Corbyn and the party's leftward shift looking to return the 130-organisation to a more centrist path.

Following Lavery's declaration that he will not stand, Rebecca Long-Bailey remains the only ardent Corbyn-continuation candidate in the race.