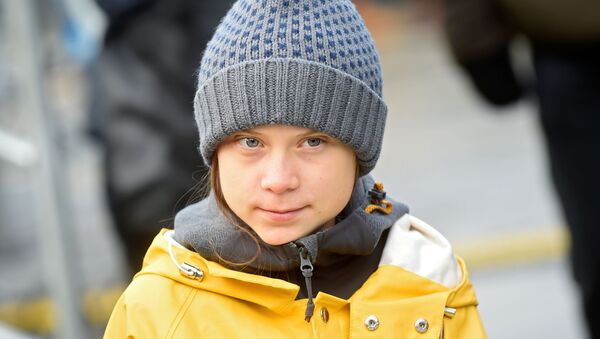 Svetlana Ekimenko
All materialsWrite to the author
American music artist Meat Loaf gave an interview on 1 January where he shared his personal stance on climate change, claiming Swedish teen activist Greta Thunberg had been “brainwashed”.

Swedish climate activist Greta Thunberg has given a Twitter response to rock icon Meat Loaf's statement that she has been "brainwashed" on climate change, writing on Monday that the environmental issue extends well beyond the two of them.

"It’s not about what some people call me. It’s not about left or right. It’s all about scientific facts. And that we’re not aware of the situation. Unless we start to focus everything on this, our targets will soon be out of reach," Thunberg tweeted, adding a Carbon Brief fact-checking spreadsheet.

It’s all about scientific facts.
And that we’re not aware of the situation.
Unless we start to focus everything on this, our targets will soon be out of reach. https://t.co/UwyoSnLiK2

​Earlier, Meat Loaf, 72, told the Daily Mail in an interview on 1 January that he does not believe in climate change, but rather, that he believes Thunberg, 17, has been "brainwashed."

Some netizens sprang to the climate activist’s defence.

I kind of understand why @GretaThunberg keeps being the target of so much online bullying... she's speaking the truth

She is seen by fossil fuel billionaires as a threat to their self-enrichment, and they react by bankrolling attacks on climate science and activists like Greta.

She is a very brave young woman taking in the establishment! Big government deniers! Greta is a positive role model for us all! 🇨🇦

​Others on social media quoted Greta Thunberg’s own words back at her, stating that, indeed, it was all about “scientific facts”.

You are correct. It *is* all about scientific facts.

Here are three very important ones:

Man made reporting that claims everywhere is getting twice as warm as everywhere else does. It make a crisis

I started out as a casual believer in AGW, then became more & more skeptical as I dug into the alleged evidence for myself. *Many* climate skeptics have followed a similar path.

The "climate crisis" house of cards collapses quickly with a little fact-checking. #ClimateTwitter

Greta made it all about her from the very start. There is no climate crisis & there is no scientific proof of a climate crisis. Any belief in a pending extinction/apocalypse is climate change cultism like we see with extinction rebellion. pic.twitter.com/2vsB0BpuDF

​Many social media comments repeated previous words addressed to the climate activist teen to “go back to school”.

So go back to school, instead of traveling all around the world, emitting CO2 and learn about how does the climat works.

A vote for the #climatehoax is a vote against humanity

Greta go back to school honey. The sun dictates weather. Not Co2 that is facts.

When ever I question my path in life - I always look to a highschool drop out funded by Soros to give me advice.
.
Thanks Greta.
Gonna sit alone and shame myself all day now. (Just doing my part! 👍)

@GretaThunberg owes it to the public to comment on the letter to the United Nations from 500 leading scientists stating that there is no climate crisis, arguing it point by point.pic.twitter.com/QWLV6cwyr2

"It’s all about scientific facts."

I wish it were true. Sadly, it isn't.

Teen Swedish activist Greta Thunberg, who has argued the case for climate issues since her first strike outside the Swedish parliament in August 2018, was thrown into the spotlight after her impassioned plea for action at the UN General Assembly Climate Action Summit in New York in September 2019.

While Thunburg's activism has earned her accolades among those who believe anthropomorphic climate change, which contributed to her being named Time magazine's Person of the Year for 2019, she has been repeatedly criticised by many high-profile figures, who have deplored her approach as too confrontational, divisive, and at times misinformed. 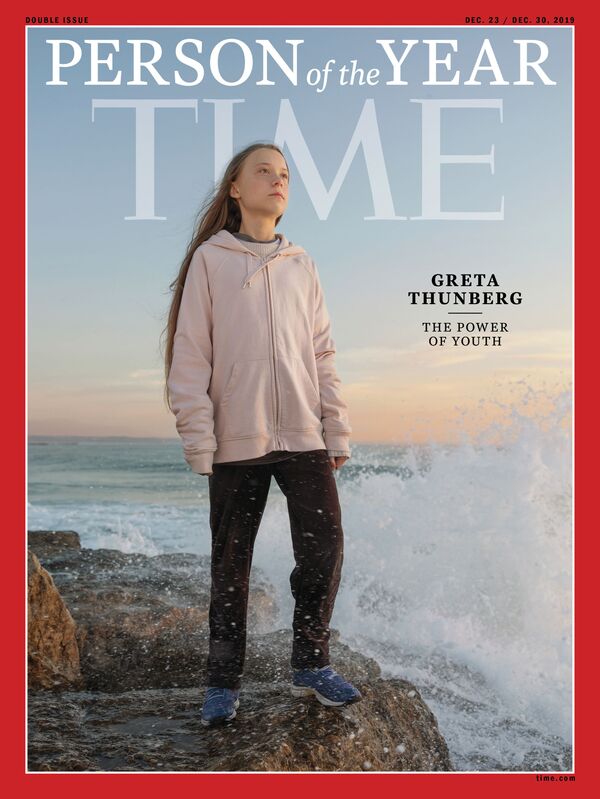 Still others insist that her notoriety was manufactured by the green movement, and denounced her for doing things such as crossing the ocean in a multi-million dollar zero-emissions yacht, despite the option being effectively out of reach for all but the wealthiest travellers.