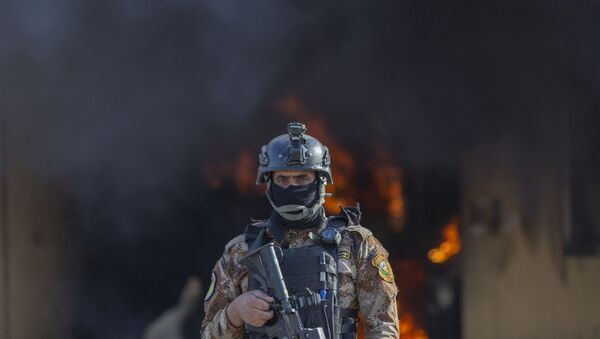 The assassination of top Iranian and Iraqi commanders by the US has prompted the Iraqi parliament to vote in favour of booting out US forces from the country, pending Prime Minister Adel Abdul Mahdi’s approval. International political observers have outlined scenarios of how the situation is likely to unfold.

On 5 January, the Iraqi parliament voted in favor of a bill requiring the government to ask Washington to withdraw its troops from the country following a US drone strike near the Baghdad airport that claimed the lives of Qasem Soleimani, an Iranian major general and commander of the Quds Force, and Abu Mahdi al-Muhandis, deputy commander of the Popular Mobilisation Forces (PMF), an umbrella organisation comprising several dozen Iraqi Shia militias.

In response, US President Donald Trump threatened Baghdad with sanctions if it endorses the legislation. "We've spent a lot of money in Iraq. We have a very extraordinarily expensive air base that’s there. It cost billions of dollars to build. ... We’re not leaving unless they pay us back for it," the US president said, stressing that if Iraq tries to boot US troops out of the country Washington "will charge them sanctions like they’ve never seen before ever".

Iraq's Influential Shia Bloc is 'Humiliated' by US Strikes

Even if the Iraqi leadership okays the bill, its implementation will take time, says Dr. Theodore Karasik, a senior adviser to Gulf State Analytics in Washington, DC. According to him, the Iraqi parliament's gesture appears to be merely symbolic.

"We have to remember that the decision made today in the Iraqi parliament is part of a process that takes a year and given Iraqi politics, much can change internally during the course of this time", Karasik suggests.

The resolution of the Iraqi parliament's extraordinary session called by Prime Minister Adel Abdul Mahdi to expel the US forces from Iraq was predictable, notes Dr. Qanta A. Ahmed, a member of the Council of Foreign Relations, non-fiction author, and broadcast media commentator.

"It is a very bad sign that they have also called for three days of mourning in Baghdad for this assassination," she continues. "And you will see that there is a tremendous split in the Iraqi government now. The Popular Mobilisation Forces (PMF) or the Kataib Hezbollah, has a political party called Fatah. And that political party holds seats in the Iraqi parliament and has a sizeable bloc of seats."

According to Dr Ahmed, Iraq's influential pro-Iran Shia bloc is "very angry" about the American strikes and "very humiliated", while Adel Abdul Mahdi, being a Shiite himself, is unlikely to object to their decisions.

Prior to the assassination of Kataib Hezbollah's deputy chief Abu Mahdi al-Muhandis, the US carried out an air raid on the PMF positions in late December, killing at least 25 members of the Iraqi Shia militia. The Pentagon targeted the PMF as retaliation for attacks on bases in Iraq which are used by the US military personnel, reportedly conducted by Kataib Hezbollah's forces. 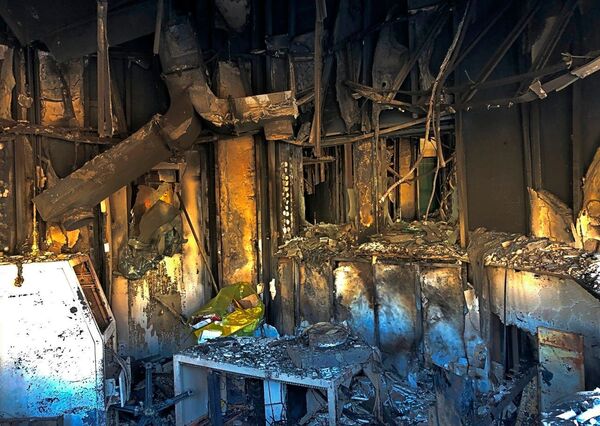 Fire damage can be seen in a reception room of the U.S. embassy compound, that was burned by pro-Iranian militiamen and their supporters, in Baghdad, Iraq, Jan. 1, 2020
© AP Photo / QASSIM ABDUL-ZAHRA

The US is beefing up its military presence in Iraq as the December air strike on the PMF led to violent attacks on the American Embassy in Baghdad. Following Soleimani and al-Muhandis' death, Washington has deployed about 3,500 US troops to Iraq who will join the approximately 5,000 US military personnel stationed in the Middle Eastern country.

Dr. Ahmed opines that Washington "is already anticipating" that the Iraqi government will try to expel US troops from the country and in response may just "strengthen and augment their bases inside Iraq in the Kurdish region".

"And that way, the United States gets to say, we're not leaving Iraq because the Kurdish region is still officially Iraq", she suggests, referring to the fact that Washington is continuing to deepen ties with autonomous Iraqi Kurdistan.

Soleimani's Death & Iraqi Vote are Backfiring on US Domestic Politics

At the same time, the recent developments in Iraq are affecting US politics, "because of the interpretation by partisan parties of what exactly occurs next", says Dr. Theodore Karasik.

The assassination of the Quds leader and Iraqi turmoil over the US attacks have ramped up tensions in Washington DC, which is already divided over the Democrat-controlled House's December vote to impeach the US president. House Speaker Nancy Pelosi has denounced the US strike on Soleimani as "provocative and disproportionate".

​According to Dr. Qanta A. Ahmed, the Democratic backlash against Trump is in fact driven by their imperative to disrupt the US president's second term.

"We are 10 months from the election now, [the Democratic Party] can't even pick its candidate and knows that it is not going to win this impeachment", she says. "They are desperate to delegitimise President Trump".

The scholar highlights that this partisan hostility towards Trump "is something that has not been seen in decades" since virtually "anything the president does is unacceptable to [Democrats]".

"Imagine if there had been an assault on more US lives lost and an American embassy humiliated in the way that the ambassador was humiliated in Libya - Chris Stevens - what they would have said to our president. But now he does this. Of course, they criticise him. Of course they hate him. And they say that he has launched an act of war against Iran", she underscores.

On 5 January, Pelosi announced that the House would vote this week to limit Trump's war powers and mandate that hostilities with Iran cease within 30 days unless Congress authorises further military action.