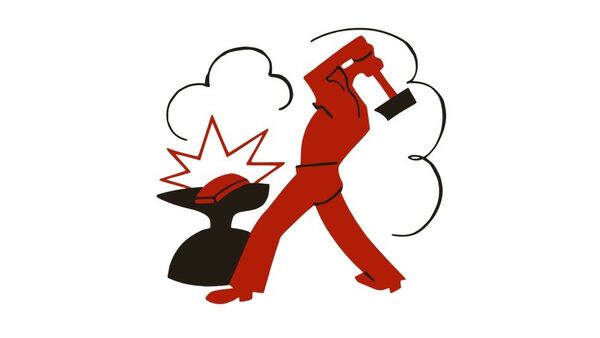 Not only do the defectors regard these phenomenons as having been “rammed down workers' throats” by the establishment, but they also want to discard the name “Communist” as “drawn down to the dirt”.

Almost half of the members of the Communist Party in Malmö are resigning. Instead, they plan establish a new workers' party that doesn't put as much emphasis on things like multiculturalism, LGBT issues and climate alarmism, which have become the staples and rallying calls of today's left.

Nils Littorin, one of the defectors, explained to Lokaltidningen that today's left has become part of the elite and has come to “dismiss the views of the working class as alien and problematic”. Littorin suggested that the left, as a movement, is going through a prolonged identity crisis and that his group, instead, intends to stick to the original values, such as class warfare.

“They don't understand why so many workers don't think that multiculturalism, the LGBT movement and Greta Thunberg are something fantastic, but instead believe we are in the 1930s' Germany and that workers who vote [right-wing] Sweden Democrats have been infected by some Nazi sickness,” he explained to Lokaltidningen.

The right-wingers' major gains from the working class are, according to Littorin, a token of widespread dissatisfaction with liberal economic migration that leads to “low-wage competition” and the “ghettoisation of communities”, a development that “only benefits major companies”.

According to Littorin, one of the underlying problems is a “chaotic” immigration policy that has led to cultural clashes, segregation and exclusion due to an uncontrolled influx from parts of the world characterised by honour culture and clan mentalities.

Littorin described multiculturalism, LGBT issues and the climate movement as state ideologies that are “rammed down people's throats”. According to him, phenomena like LGBT-certification and the cult around 16-year-old climate activist Greta Thunberg and “other -isms” happen at the expense of the real issues, such as income equality.

“Pride, for instance, has been reduced to dealing with sexual orientation. We believe that human dignity is primarily about having a job and having pension insurance that means that you are not forced to live on crumbs when you are old,” Littorin explained.

The goal, according to Littorin is to enter Malmö City Council by 2022. The name of the party remains undetermined, but Littorin stressed that the word “Communist” will no longer be present.

“It's a word drawn to the dirt, a nasty word today, and not entirely undeservedly. In communist parties, there is this risk of elitism, self-indulgence, and a belief that a certain avant-garde should lead a working class that does not know its own best interests, instead of asking people what they want. 20th-century Communism died with the Soviet Union, it has never been successfully updated for the 21st century but has been stuck in 100-year-old books. But the principles that Marx formulated, they still apply to me,” Littorin concluded.

Earlier this week, Markus Allard, the leader of the left-wing Örebro Party expressed similar thoughts in an opinion piece called "Socialists don't belong to the left", accusing the mainstream left of completely abandoning its base, switching from the working class to “parasitic grant-grabbing layers within the middle class”.

Owing to its long-standing socialist traditions, Sweden currently has two active communist parties, the Communist Party and the Swedish Communist Party, both dating back to the 1970s. Despite formally remaining loyal to Marxism-Leninism, the two are not on speaking terms. Also, the Left Party, which unlike the two aforementioned ones has parliamentary representation, was called the Communist Party for several decades.