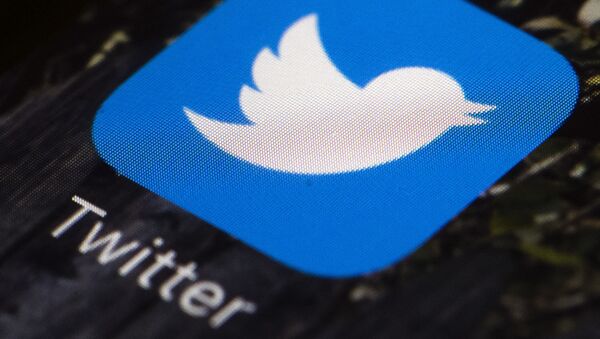 New Delhi (Sputnik): India woke up on Friday to a sudden development in the case of the sensational rape and gruesome murder of 27-year-old veterinary doctor in the southern Indian city of Hyderabad on 27 November.

Four suspects in a case involving the rape and murder of an Indian veterinary doctor were killed in an encounter with Hyderabad city police early Friday morning.

The news sparked an array of reactions on social media as people shared their thoughts on the case, which had caused some people to protest in the streets, demanding justice and capital punishment against the perpetrators.

Twitter was polarised over the news as many opposed it, calling it fake, while others cheered for the police. The locals celebrated the news by showering rose petals on the police at the site of the  encounter and raising slogans hailing the police.

Hyderabad: Locals had showered rose petals on Police personnel at the spot where accused in the rape and murder of the woman veterinarian were killed in an encounter earlier today pic.twitter.com/66pOxK1C2b

#WATCH Hyderabad: 'DCP Zindabad, ACP Zindabad' slogans raised near the spot where where accused in the rape and murder of the woman veterinarian were killed in an encounter by Police earlier today. #Telangana pic.twitter.com/2alNad6iOt

“We were shocked when we heard about it in the morning but we are also happy that justice has been served so soon to our daughter. We are happy the culprits got punished," the family of the veterinary doctor was quoted as saying to media.

Asha Devi, mother of “Nirbhaya” (fearless), who was fatally assaulted and gang-raped in 2012, also came out in support of the police and said the news has come as an ointment to her 7-year-old wounds. She also demanded that no action should be taken against police.

"At least one daughter has been served justice. I thank the police. I have been shouting for 7 years, punish the culprits even if it needs to be done by breaking laws and then see how  society changes for the better," Asha Devi said.

Asha Devi, Nirbhaya's mother on all four accused in rape&murder of woman veterinarian in Telangana killed in encounter: I am extremely happy with this punishment.Police has done a great job & I demand that no action should be taken against the police personnel. pic.twitter.com/frL3sRqcD6

Girls from the city of Hyderabad showed their happiness by cheering and waving from the bus over the news of the deadly encounter with the accused murderers.

Hyderabad: Reaction of girl students when news of encounter of the accused in murder and rape of woman veterinarian broke out.

Several others, who were left elated by the news, lauded the police for bringing justice to the deceased.

ANI video of people cheering for police at the encounter site where the four accused were killed in an encounter earlier today. 🙏@ANI #Encounter #hyderabadpolice #DishaCase #JusticeForDisha pic.twitter.com/XxCRMow80w

Finally... The brutes deserved it for the inhuman Horrific crime they committed.
We will never get back the innocent Disha again... but the next time someone thinks of rape or murder they will also realise the consequences. #JusticeForDisha #Encounter pic.twitter.com/2Zm7be2q7b

#Disha's colony members burst crackers and distribute sweets to cops. They say even though they have lost her, they're happy that justice has been served within 10 days. #JusticeForDisha #EncounterNight pic.twitter.com/Fma0HdY8bc

On the other hand, some vehemently opposed the early morning encounter, calling it fake and the normalisation of extra-judicial killing.

Agree in principle. We need to know more, for instance if the criminals were armed, the police may have been justified in opening fire preemptively. Until details emerge we should not rush to condemn. But extra-judicial killings are otherwise unacceptable in a society of laws. https://t.co/BOMOjCYrb1

This is not justice. This is the police breaking the law . It’s dangerous. The legal system exists for a reason. https://t.co/5aoSRTLt2I

Terrifying. Police say the 4 ‘tried to escape’, but this sounds totally like a FAKE #encounter by a force that bungled everything from the start, and then couldn’t take the heat or pressure. National anger is NOT an argument in a country of laws. pic.twitter.com/Pj4gJbK9NE

Another pointed out that the encounters seen as justice by the people of India, and that this is only a reflection of the distrust of in judiciary of the country.

Jubilation on #Hyderabad encounter shows the kind of faith Indians have in judiciary. And its not about judges alone but the whole circus including shoddy investigations, mindless adjournments, human right interventions etc. etc. Judiciary must pull up its socks immediately

Now nobody will ever know if the four men killed by the police were innocent men, arrested fast to show action. And whether four of the most brutal rapists roam free, to rape and kill more women.#EncounterNight #Encounter https://t.co/LEXxSKWzre

Astonishing. Police encounters cannot be normalised like this. We have courts and a legal system for a reason. https://t.co/J8s7EZwQwH

The accused were shot dead as they tried to escape from the place where they were taken to recreate the crime scene on Friday morning.

"They (accused) snatched weapons from police and fired on police and tried to escape... police fired in retaliation and the four accused died," a senior police official told wire agency PTI.

A video from the house of one of the accused shows his family breaking down after hearing the news of their son's encounter.

Scenes from outside the home of Accused 1 of the Hyderabad rape murder case. #HyderabadEncounter #HyderabadHorror

Local investigators said that the group of four male suspects punctured the rear wheel of the doctor's scooter. The rapists then offered her assistance with repairing the tire before dragging her to a secluded spot near a toll plaza where they sexually assaulted her and charred her to death on the night of 27 November.