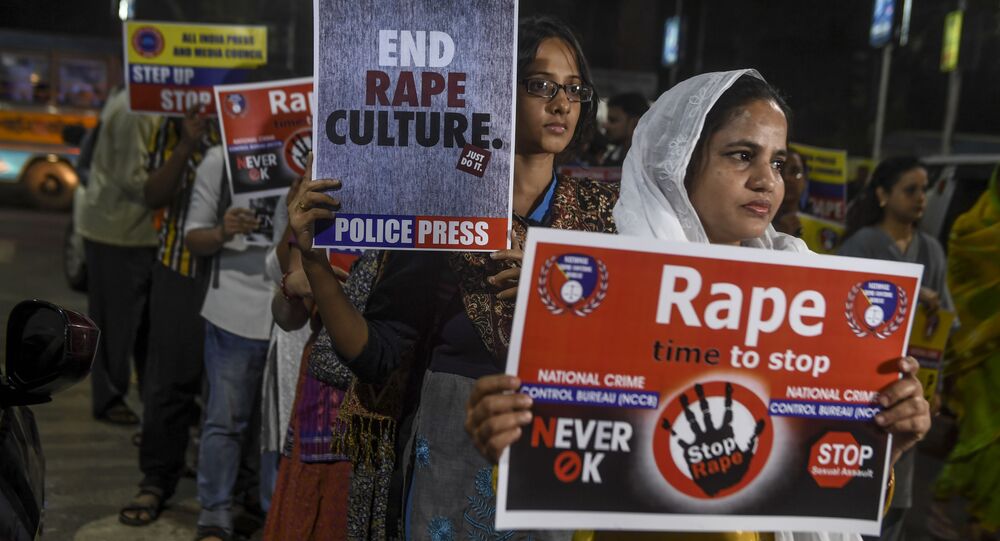 New Delhi (Sputnik): An Indian woman accused two men of raping her in March this year; both of the alleged perpetrators are now being named as suspects in the latest attack as well.

A woman who was allegedly gang-raped in the Indian state of Uttar Pradesh in March, was intercepted while on her way to her court hearing, knifed, and set on fire with kerosene oil, police said on Thursday.

The rape survivor was assaulted, stabbed and set ablaze, allegedly by five men early Thursday. The victim has suffered 80 percent burns and is said to be in critical condition. The incident took place in Unnao district, 40 miles from the state capital Lucknow.

The incident occurred in the wee hours, when the victim was going to Rae Bareli Court for the hearing, police said.

The victim alleged five men intercepted her, hit her on the head, and attacked her with a knife to her neck before dragging her to a nearby field. There, they poured kerosene oil on her and set her on fire before fleeing.

Police said she was taken to a nearby hospital. The victim’s condition deteriorated and she has been referred to the Lucknow Trauma Centre for treatment.

Meanwhile, three of the five accused in the incident have been captured while teams have been formed to catch hold of the other two.

India has been witnessing a nation-wide outrage over incidents of rape in the country.

Though the country has legislated one of the most stringent statutes for perpetrators of crime against women, India reports an average of 92 rapes every day, according to a federal crime report.

The incident comes a week after a veterinarian woman was gang-raped and later charred to death in Hyderabad city.