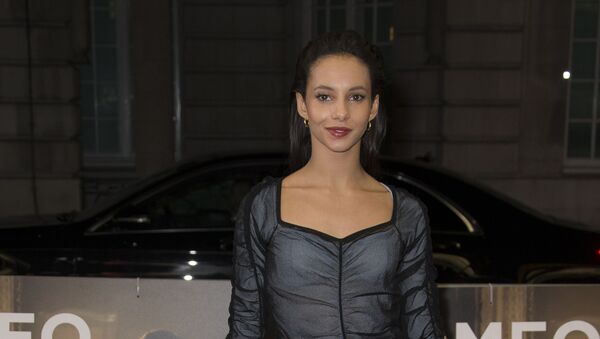 After becoming the first mixed-race female principal dancer at the Royal Ballet, 27-year-old Francesca Hayward snatched a leading part in the movie adaptation of Andrew Lloyd Webber’s classic musical. Although the name of her character doesn’t leave much room for manoeuvre, some have considered a face with white fur to be a bad choice.

Dancer and actress Francesca Hayward, 27, has fired back at critics who accused the producers of the musical adaptation Cats of “whitewashing” her character, Victoria the White. They insist that the creators should not have hidden the natural skin tone of the mixed-race actress and given her a face with white fur.

“Obviously I would never have agreed to be a part of something that would change the colour of my skin had I been playing a human. The bottom line is, I'm playing a cat … a cat that's white, let's not read into it”, she told The Sunday Time about the furore.

After the trailer of the movie, due to hit the screens this December, was released, many took to Twitter to complain that Hayward had a white face of fur.

Back in the news today. Her daddy black and her momma white but folks don’t like her wearing White Face.😂https://t.co/Q30AqcpgDs

Don’t whitewash people even if they are playing cats https://t.co/Y1iCMlACbu

Just don't white-wash people. Even if they're playing cats. My latest for @TelegraphFilm.https://t.co/vHWEbYih5Q

Watched it again (why??!!) & thought, “did they make Francesca Hayward white?” And now I can’t unsee it. Sexy dancing black woman cat has to be white, but Grizabella “fallen woman” cat, Macavity the thief cat, and Rum Tum Tugger over sexualised cat are all still black OKAYSURE

The 27-year-old ballerina, born in Kenya and raised in the UK by her grandparents, became the first mixed-race principal dancer at the Royal ballet when she joined in 2010. Before that, she also won several awards, including the Young British Dancer of the Year.

The dancer and actress featured in Meghan Markle's Vogue special edition this year, titled Forces for Change, along with Salma Hayek, Jacinda Ardern, Jane Fonda, Greta Thunberg, and others.