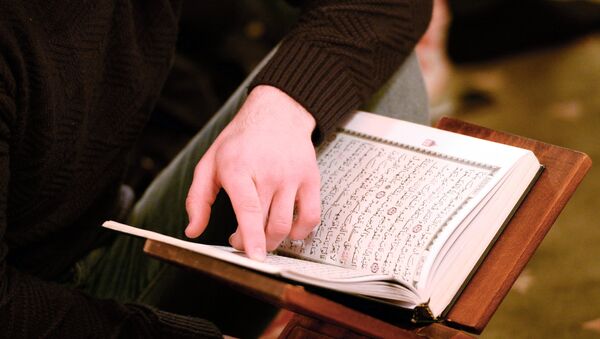 A demonstration during which Islam's central religious scripture was set alight has triggered a searing debate on the limits of freedom of speech in Norway and sent a ripple across the Muslim world.

The Quran burning that occurred during an event by Stop Islamisation of Norway (SIAN) has sparked strong reactions in the Muslim world.

While Turkey and Iran issued their formal condemnations, the Norwegian flag was torched during a demonstration in Karachi, alongside the US flag, Norwegian national broadcaster NRK reported.

Hashtags like #Boycottnorway and #Norwayattackonislam are gathering momentum on Twitter, together with calls to ostracise the Scandinavian nation for its perceived lack of respect for religion.

Norwegian Prime Minister Erna Solberg received many comments about the Quran burning on her Instagram page, even in seemingly unrelated posts, such as one about women's football.

Trude Måseide, the head of communications at the foreign ministry, said the authorities were monitoring the situation closely and distancing themselves from the flag burning.

#Pakistani protesters burn #Norwegian & #US flags in #Karachi in response to last week’s burning of the #Koran in #Norway.#Pakistan pic.twitter.com/DR2gcCXeNe

​“Violation of the Norwegian flag is an instrument that we refrain from precisely because we do not want an increasingly polarised social debate,” Måseide said. She stressed that provocations and incitement with disrespectful actions contributes to conflict. “Although this is legal and within the freedom of speech, we are clear that we disagree,” she told NRK.

Telenor, Norway's leading telecom company, said they were closely following the reactions in social media and calls to boycott. Spokeswoman Hanne Knudsen said the company was working fully to maintain regular operations. In a tweet, Telenor stressed that respect for others was one of their core values and condemned acts “that don't respect religion”.

One of Telenor’s key values is Be Respectful. While this means respecting freedom of speech it also entails respecting people’s religion and culture.

​Meanwhile, Pakistan's Foreign Ministry summoned the Norwegian ambassador to inform him that the Quran burning “hurt the sentiments of 1.3 billion Muslims around the world, including those in Pakistan”. By contrast, the Muslim man who attacked SIAN activists won a lot of praise, including from the Pakistani Armed Forces spokesperson Asif Ghafoor.

Salute to brave #Ilyas for displaying courage to stop an absolutely deplorable action. Such Islamophobia based provocations only promote hatred & extremism. All religions are and must stay respectable. Islamophbia is threat to global peace and harmony.#TheGloriousQuran#Norway pic.twitter.com/CRahq5mazf

I @mariya_akram pay a huge tribute to this young Muslim Ilyas for trying to stop this cursed guy from Norway disrespecting our Holy Quraan by burning it publicly. I Boycott all Norwegian products and would request Pak Govt to raise this issue to Norwegian Embassy. #BoycottNorway pic.twitter.com/D26AUIVTRg

The Norwey Embassy in Pakistan should be closed and it should apologize for the blasphemy of the Quran and punish the perpetrators.#ilyas_Hero_of_Muslim_Ummah#TheGloriousQuran#Defender_of_Quran pic.twitter.com/3QvxPlbjEF

Within or Outside the Limits of Free Speech?

​The Quran burning in Kristiansand, which ended in a violent clash and arrests, has sparked a heated discussion in Norway, with many politicians and journalists arguing that the police violated the principles of free speech by interfering and stopping it.

Justice Minister Jøran Kallmyr stressed to NRK that burning the Quran was “part of the freedom of speech, whether we like it or not” and therefore fully legal.

Others, such as Liberal Party heavyweight and former Norwegian parliament vice president Abid Raja, condemned both the Quran burning and the flag-burning response as “destructive actions for the entire society”. His party colleague Odd Einar Dørum, however, went so far as to draw parallels between Quran burning burning and Kristallnacht or the Night of Broken Glass 1938, when Nazis carried out massive pogroms against Jews, the newspaper Dagbladet reported.

Meanwhile, SIAN, an organisation set up in the early 2000s to stop the proliferation of Islam, pledged reruns of the Quran burning.

“Yes, absolutely. This is just the beginning of a freedom movement. It is about the right to criticise religion”, 85-year-old Arne Tumyr, veteran journalist and SIAN figurehead, told the local newspaper Agderposten.

At the same time, he admitted that Quran burning is not his preferred course of action.

“What I prefer is to sit down with people and discuss arguments and facts. But no one either wants or dares,” Tumyr lamented. By his own admission, setting fire to the Quran was intended to “wake people up”.

Muslims currently make up about 5.7 percent of Norway's population, following a steep rise amid mass immigration.