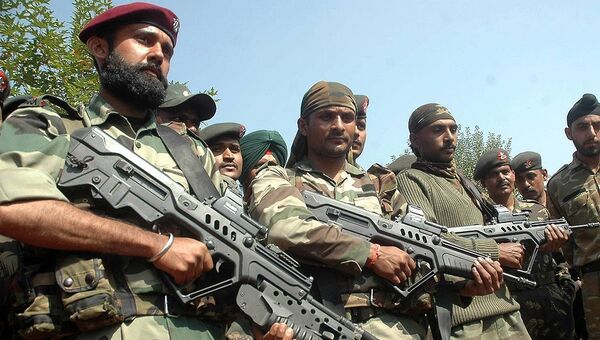 New Delhi (Sputnik): According to the advisory issued by the Indian army, there have been numerous instances of information being lost through social media, which though inadvertent, suggest that despite multiple directives issued, army personnel have not been attentive to the existing threats and negative implications of using the online medium.

Officers of the Indian Army, particularly those holding critical posts, have been asked to deactivate their Facebook accounts and stop using WhatsApp, the popular messaging application, for any official communication, a media report has revealed.

In an advisory issued last month, the Indian Army cautioned officers holding sensitive posts that WhatsApp is a vulnerable platform and any official communication on it should be avoided.

The advisory was issued after the army’s cyber group analysed social media trends and identified fresh problems on the way its personnel were using the internet.

WhatsApp has been in the spotlight recently for admitting that a surveillance software called Pegasus, owned by the Israel-based NSO Group, had been used to compromise some Indian users, including journalists and activists.

The army said Facebook, a popular social media platform, was also emerging as a crucial source of collecting intelligence, and therefore there was a need for officers in critical positions to deactivate their accounts.

Armed forces personnel and their families have been asked not to post pictures in uniform or photographs of sensitive locations on Facebook or other social media apps.

Army personnel have been cautioned not to link their emails to other applications as well.