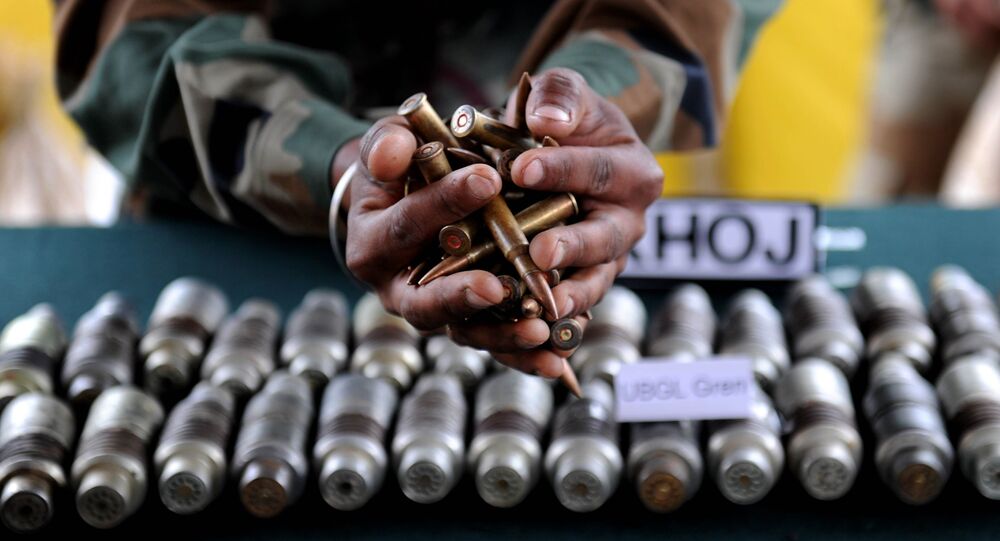 New Delhi (Sputnik): Amid several incidents of casualties among troops during counter-terror operations, the Indian Army has decided to use robots and Artificial Intelligence (AI) to help hundreds of thousands of soldiers deployed in restive areas of Kashmir.

The Indian Army has already kicked off the process of acquiring hundreds of robots for munitions delivery to the disputed region of Kashmir, and it is expected that they will be supplied to the forces very soon.

Interestingly, the robots can also use the stairs or passages to deliver grenades to any desired locations.

“The robotic platform will be used in house for gathering real time input prior to manual insertion into buildings to monitor terrorists’ activities… The platform must be capable of delivering a suitable munition at the intended target like grenades,” an army official said.

The Indian Army wants the all-weather and water-proof robots to negotiate any obstacle to deliver desired results at ease. “The system should transmit visual data to an approximate distance of 150-200 metres across four walls,” the official said.

The army will meet all manufacturers who intend to supply the platforms on 18 November.

“The entity has to be owned and controlled by resident Indian citizens, an entity with an excess of 49% foreign investment will not be eligible to take part in the contest,” the official emphasised.

The decision to purchase robotic platforms comes on the backdrop of a rising number of counter-terror operations in the valley post-repeal of the special status of Kashmir in August this year.

According to South Asia Terrorism Portal, India has lost more than 127 security personnel this year alone due to rising encounters with terrorists in Kashmir and left-wing extremism-infested zones.

On Monday, the Indian government told the Supreme Court that the abrogation of the special status of Jammu and Kashmir will immensely contribute to controlling terror incidents in the State.