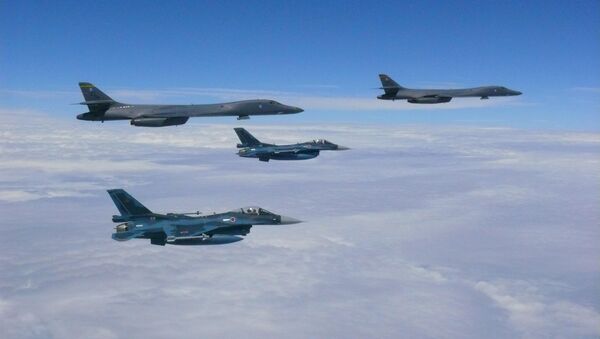 © US Air Force
Subscribe
International
India
Africa
SEOUL (Sputnik) - The United States has demanded that South Korea pay $4.7 billion to cover the cost of US servicemen stationed there and maintaining armaments in the region, South Korean media reported on Thursday.

The newspaper Chosun Ilbo has reported, citing State Department senior adviser for security negotiations James DeHart that the US claimed the $4.7 billion only partially covered the defence costs. He also reportedly said US President Donald Trump wanted Seoul to contribute more to the defence provided to it by Washington.

The newspaper noted there were concerns that Washington might withdraw its forces from South Korea if Seoul did not pay the defence cost. 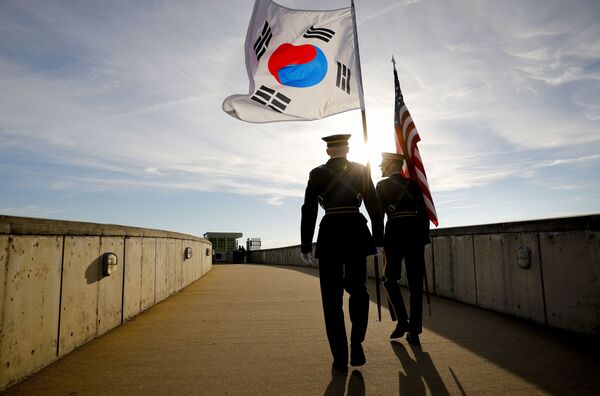 Meanwhile, South Korea maintains that making such payments would require parliamentary ratification. Moreover, parliamentarians would not be able to monitor defence activities outside the country.

After a meeting between Stilwell, Robert Abrams, the commander of the US Forces in the Asian country, and the South Korean president's deputy national security adviser Kim Hyun-chong, the presidential administration said that the South Korean official had "explained our stance [on the pact] and defence cost-sharing, and the US repeatedly stressed that the Korea-US alliance served as the 'linchpin' of security in Northeast Asia", according to the newspaper.

Washington has repeatedly called on its defence allies across the world to boost their military spending, citing large US contributions.

There are currently around 25,000 US troops stationed in South Korea, alongside various equipment. The sides have been engaged in talks on cost-sharing.