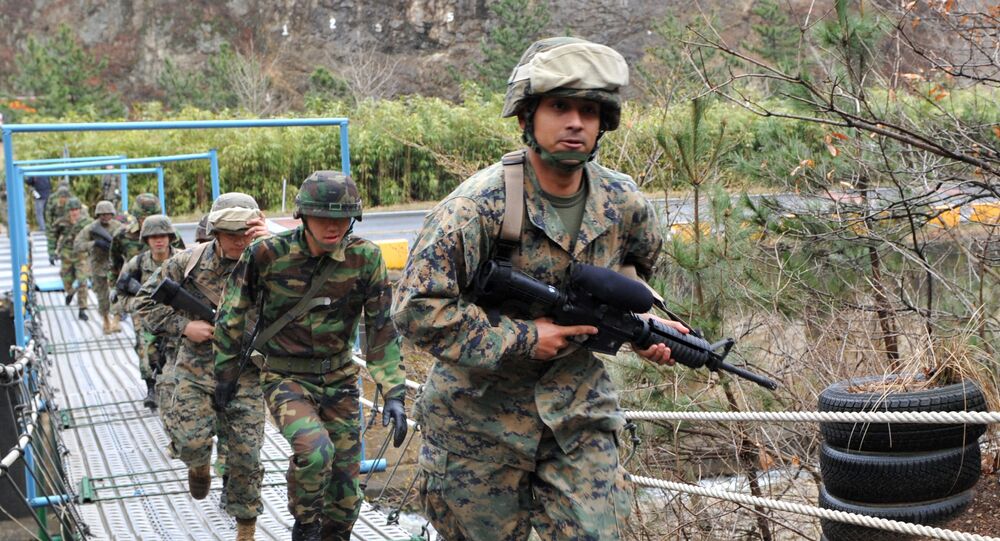 MOSCOW (Sputnik) - The agreement between Seoul and Washington obliges South Korea to pay roughly 80 billion won (around $70 million) more for hosting 28,500 US troops per year, which, according to the Yonhap news agency, will be the main discussion topic during the negotiations.

The United States and South Korea are expected to hold in Seoul next week their first round of negotiations, as part of the Special Measures Agreement (SMA) that was concluded in February for the duration of one year, on sharing the costs of stationing US Forces Korea, media reported on Friday.

Under the agreement for 2019, South Korean taxpayers are to pay 1.04 trillion won (over $915 million) for the non-personnel related costs of stationing the troops. In 2018, the country contributed 960 billion won, which amounted to around 41 percent of the total stationing cost, the media outlet reported.

The recent Special Measures Agreement, which is updated every five years, came as a result of lengthy talks between US and South Korean officials. The United States had reportedly demanded that Seoul pay over 1.4 trillion won in shared stationing costs per year, causing the negotiations to stall at one point.

Earlier this month, he United States and South Korea began their annual military exercises without any official statement to avoid angering North Korea.