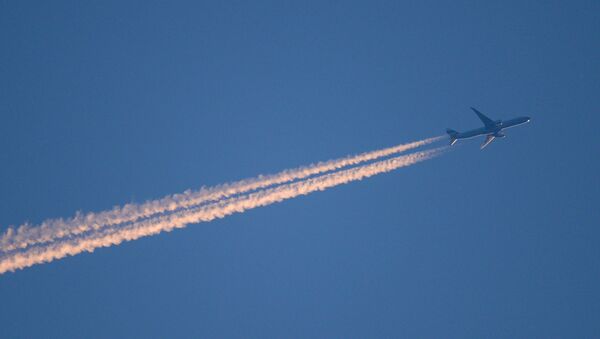 © Sputnik / Alexandr Kryazhev
/
Go to the photo bank
Subscribe
New Delhi (Sputnik): The step has been taken against a backdrop of persistent technical snags in jets operated by the country’s low-cost carriers like IndiGo and Go Air.

India’s Aviation Watchdog has ordered the country’s biggest airline IndiGo to replace the engines of its entire A320neo fleet of 97 aircraft by January 31 "at all costs" or face grounding.

The aviation watchdog Directorate General of Civil Aviation (DGCA) has also asked the airline to halt the introduction of around 300 Airbus aircraft in order to adhere to the engine replacement deadline.

"You may like to stagger or defer your future induction plan and procure a sufficient number of modified engines to keep the existing fleet in operation," the DGCA said in a statement.

The order came on Friday after the regulator termed four successive engine issues in the Pratt & Whitney-run A320neos as unprecedented and called for "urgent and effective action.”

“We regret the inconvenience but we need desperate measures to put things in order," the regulator said in its statement.

Indigo- which enjoys a market share of around 48% in world’s second fastest-growing aviation market- will have to replace 23 A320neo aircraft engines in the next 18 days.

The regulator said these aircraft will not be allowed to be in operation beyond 19 November with faulty engines.

"Kindly note that after that none of these 23 aircraft, which does not have at least one LPT modified engine on its wings, shall be allowed for commercial operation and their schedule will suitably be curtailed till this is accomplished," the regulator warned.

Around 40 percent of the domestic seat capacity of India is powered by American Pratt & Whitney neo engines. The delivery of A320Neos aircraft to Indian operators started in the first quarter of 2016.

Subsequently, operators faced problems with the PW 1100G-JM engines due to wearing on the bearing seal plate and combustion chamber distress.

The manufacturer, part of United Technologies Corp. had proposed a fix that would see at least one engine, featuring an older seal, reinstated on planes while it worked on a more permanent solution.

The DGCA had temporarily grounded Airbus A320neo planes due to recurring technical glitches last year, but lifted the ban after receiving assurances from Airbus and Pratt and Whitney.

000000
Popular comments
Why are they fitting American engines in the first place ?