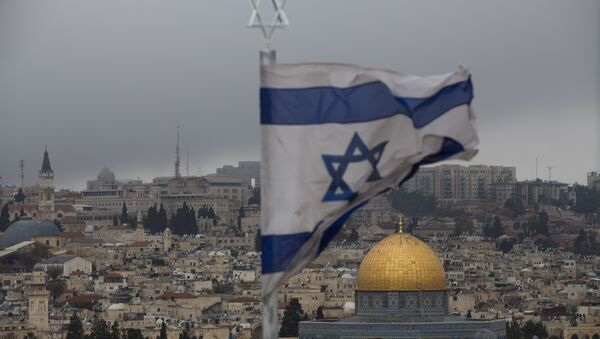 A group of 44 lawyers, including award-winning luminaries and distinguished professionals such as professor Jan Fridthjof Bernt, have called on Norway to impose sanctions on Israel for its violations of international law.

The petition called “Defend international law” was published by the newspaper Dagsavisen.

Israel has annexed East Jerusalem and the Golan Heights and has announced the annexation of the Jordan Valley – without having any major consequences, the petition stressed.

Between March 2018 and September 2019 alone, the lawyers emphasised, 309 Palestinians who have participated in protest marches along the Gaza Strip border were killed. In the past year alone, 56 Palestinian children were killed by Israeli forces, again without any repercussions, including from Norway. The number of Palestinians who have died at the hands of the state is comparable to the number of murders in the country: 103 people were victims of homicide in 2018, compared with 136 in 2017, according to the local media. For comparison's sake, police in the US, which is better known for police killings, fatally shot approximately one person for every 19 murder victims in 2017.

“Norwegian authorities and politicians must restore respect for international law and work to ensure that Israel's long-standing and systematic breaches of international driving rules are met with sanctions”, the petition said.

The authors of the petition stressed that the absence of an international reaction to Israel's violation of international law, human rights and humanitarian law raises concerns.

“While Israel's serious and persistent violations are only verbally criticised, other countries that violate international law are exposed to reactions from the international community through concrete actions and sanctions”, the petition said.

On the contrary, Israel is the only country in the world to have been granted a special status in the Norwegian government's Granavolden platform that allows Oslo to “facilitate enhanced research and development cooperation, trade, tourism and cultural exchange with Israel”.

“This attitude taken by the Norwegian authorities against serious violations of basic humanitarian and international law principles helps legitimise Israel's policy based on the occupation and colonisation of Palestinian land, and the collective punishment of Palestinians on the Gaza Strip,” the petition said.

According to lawyer Kjell Brygfjeld, one of the signatories, the are plenty of sanctions Norway could impose on Israel.

“We are already involved in sanctions against Russia, Venezuela, Iran and a number of other countries. All countries should be treated in the same way and with the same severity for violations of international law. We must not make a difference between those we like and those we do not like,” Brygfjeld told the newspaper Klassekampen.

According to him, the Norwegian government has chosen an opposite strategy, where efforts to boost relations are made despite the fact that some Norwegian residents have been denied entry to Israel.

Earlier this week, Oslo’s newly installed “red-green” City Council led by three left-of-the-centre parties, the Socialist Left, Labour and the Greens, announced it was contemplating a ban on the municipality's procurement of goods and services from Israeli settlements, which it called “an area occupied in violation of international law”.

However, State Secretary Audun Halvorsen of the Conservative Party said he doesn't believe sanctions are the way to go. He also stressed that Norway expressed concern over Israeli authorities' excessive use of force and human rights violations, “when there are grounds for doing so”.

Norway was one of the first nations to recognise Israel in 1949. The stance toward Israel is one of the issues that signals the left-right divide between Norwegian parties. While left-wing parties generally favour Palestine, to the point of being ready to boycott goods and services from what they view as territories occupied by Israel. Right-of-the-centre parties by contrast tend to be more supportive of Israel, with Progress Party leader Siv Jensen being a staunch supporter of Israel.

PranSa
1 November 2019, 09:35 GMT9
000000
The ongoing conquest of various territories in the region should not be understated. This is an interesting development within Norway and I look forward to further information!