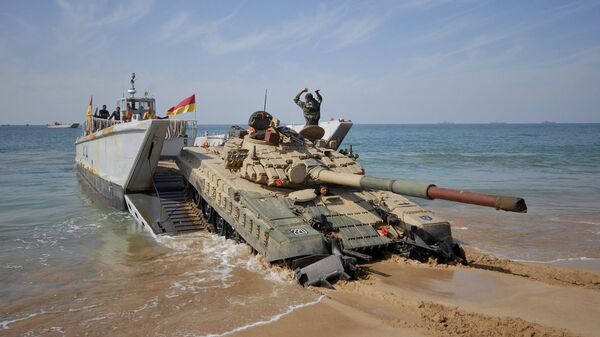 New Delhi (Sputnik): Amid political uncertainty in the Gulf region, India has joined hands with Saudi Arabia and France to secure shipping routes in the Western and Southern Indian Ocean. The Indian Navy had to rush warships and aircraft to the Persian Gulf in August to undertake maritime security operations amid tensions between the US and Iran.

The two countries will hold their first-ever joint naval exercises in the first week of March 2020, Indian officials said after the conclusion of a two-day visit to Riyadh by Indian Prime Minister Narendra Modi. “Saudi Arabia is keen on collaborating with India in the Red Sea or the Indian Ocean at large,” an official added.

The two countries have also decided to work together with other Indian Ocean Rim Countries to enhance maritime security. India and Saudi Arabia have signed a pact for the establishment of a Strategic Partnership Council (SPC). India is the fourth country with which Saudi Arabia has formed such a strategic partnership, after the UK, France and China.

This comes after French President, Emmanuel Macron, during his first presidential visit to the French overseas territories, announced that “a patrol aircraft from the Indian Navy will be deployed at Reunion to participate in surveillance missions in the first quarter of 2020”.

Earlier this month, India signed a defence co-operation agreement with Comoros - located at the mouth of the Mozambique Channel- under which New Delhi gifted the country interceptor boats worth $2 million and extended a $20 million line of credit for the procurement of high-speed interceptor boats.

In mid-September, rising crude oil prices after the drone attack on Saudi Aramco facilities put stress on Indian refiners and India had to approach countries like Russia to provide uninterrupted supplies of energy for its requirements.