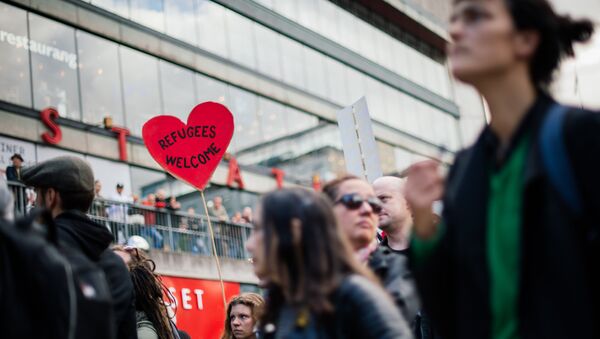 According to the newspaper's new editor-in-chief, immigration is not only a right-wing issue, but something that directly affects the working class.

In a marked switch, Proletären (“The Proletarian”), the mouthpiece of the Communist Party, will begin to report on the negative consequences of immigration.

Robert Wettersten, the newspaper's new editor-in-chief who replaced Jenny Tedjeza after 18 years at the helm, suggested that Proletären's goal is to “dare to stick out, provoke and ponder the issues that affect the working class anno 2019”.

According to Wettersten, restrictions on the right to strike, which was a relevant issue for many previous generations of left-wingers, is no longer something workers care about. Instead, immigration and integration as well as law and order are at the top of the list among the issues that labour voters consider important.

“Many regard it as a typical right-wing issue, and nothing that a communist labour newspaper should write about. I think that's wrong. If these are issues that concern workers, then it is our damned duty to take them up in Proletären”, Robert Wettersten said.

Otherwise, he continued, you are “just a working-class newspaper on paper, not in reality”.

“Purely objectively, migration affects most things; labour market, housing situation, municipal finances, equality – you name it! And it is mainly workers and ordinary people who are affected by crime. So this is not an exclusively labour issue, I don't think so”, Wettersten stressed.

Proletären has been issued by the Communist Party since 1970. A lot of famous Swedes, such as Jan Myrdal, Peter Birro, and Sven Wollter have contributed to the newspaper.

Sweden, a country with long-standing socialist traditions, has not one but two active communist parties, the Communist Party and the Swedish Communist Party, both originating in the 70s. Surprisingly, though, the two are at odds with each other despite formally sticking to Marxism-Leninism, not least over the issue of immigration.

In July 2018, the Swedish Communist Party decided to break all cooperation with the Communist Party, citing the latter's “development towards opportunism and its adoption of right-wing populism”. Both, however, remain in effect fringe parties with no parliamentary representation.

Owing to the Swedish establishment embracing mass immigration in recent decades, the share of foreign-born has reached 2 million (or 20% of the Swedish population).