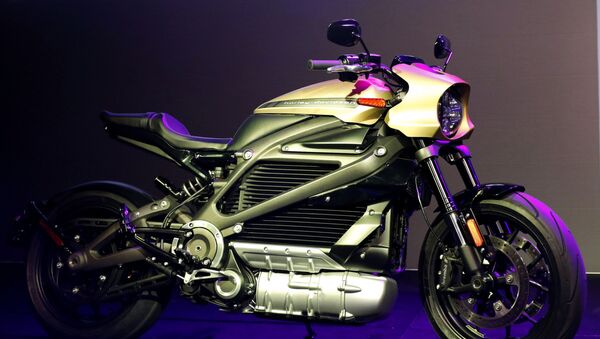 Motorcycle maker Harley-Davidson Inc. has stopped production and deliveries of its first electric motorcycle due to an issue with the bike’s charging equipment.

The company began shipping its LiveWire bikes to dealers in the US last month, according to Reuters. The bikes, which can travel 146 miles at low speeds on a full battery, are considered safe to ride but should be charged at dealerships instead of using home outlets. It takes about 10 hours to charge the bikes through standard wall outlets and about an hour to charge them at direct-current stations in Harley dealerships.

​The charging issue, described as a “non-standard condition,” is currently being tested and analyzed. However, the company did not provide any information on when the bike’s production will continue.

The motorcycle company is hoping the electric bike, which retails at $30,000, will boost sales in the US market, the Wall Street Journal reported, also noting that the company decreased its motorcycle shipments forecast back in July and had less sales than usual in its last quarter. The company expects to ship between 212,000 and 217,000 bikes in 2019 compared to its predicted forecast of 217,000 and 222,000 bikes, a Wall Street Journal report explains.

​“This is disappointing for all of us,” Michelle Kumbier, the company’s chief operating officer, wrote in a memo addressed to dealers last week, the Wall Street Journal reported.

Harley has also been trying to increase the number of available charging stations across the US, partnering with Electrify America LLC, which owns and manages electric vehicle charging networks, to provide riders with 500 kilowatt-hours of free charging time, the Wall Street Journal reported.