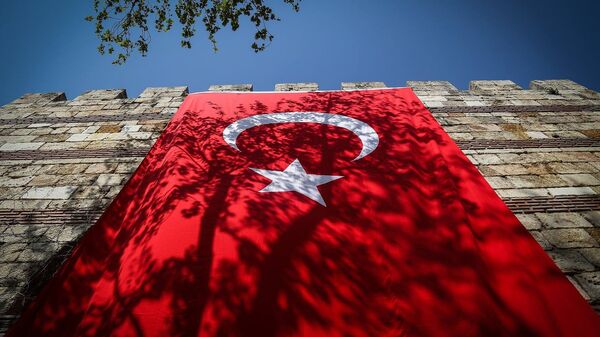 US Treasury Secretary Steve Mnuchin told reporters earlier on Friday that the Trump administration is considering enacting an order that would vastly expand Washington's’ ability to impose economic sanctions against Ankara over the ongoing military offensive in northern Syria.

The Turkish Foreign Ministry in a later Friday statement castigated US plans.

"When the Operation Peace Spring began, information was transmitted to the US Government at all levels. The target and scope of the operation have been shared with the international public in full clarity [...] Turkey is fighting terrorist organizations posing a threat to national security, and this struggle will be continued with determination. No one should doubt that we will respond in full against each step to the full extent of reciprocity", the ministry said in the statement.

Friday marked the third day of Turkey’s military offensive into northern Syria. Earlier on Friday, the Turkish Defense Ministry said that as many as 399 "terrorists" had been "neutralized".

Turkey views the SDF as an extension of the Kurdistan People’s Party (PKK), or PKK/PYD-YPG, which has been classified by Ankara as a terrorist organization.

The Turkish military campaign has prompted a backlash among the international community,, particularly in the Arab world, while US President Donald Trump has threatened to impose something "tougher" than sanctions.