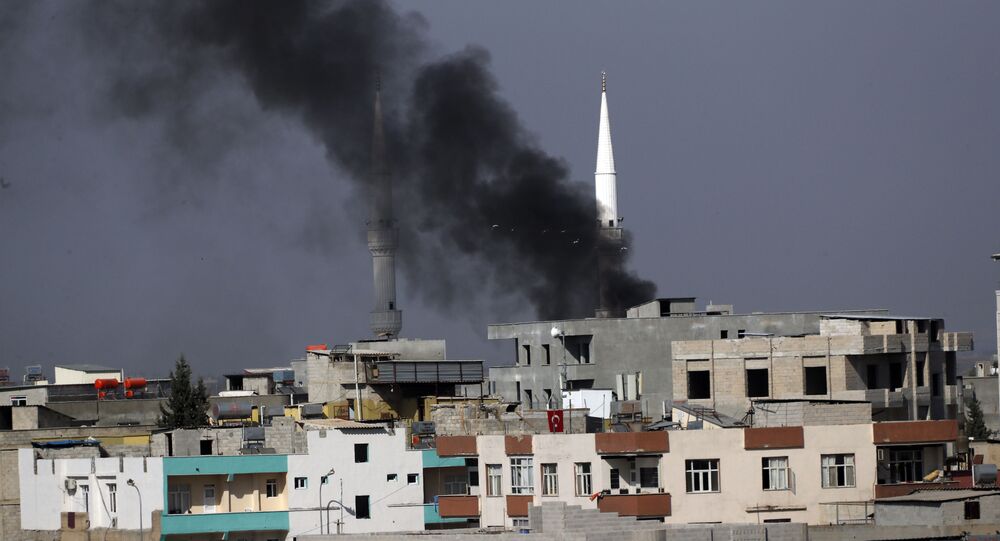 The Russian Defence Ministry said Friday that terrorists have intensified the attacks against the backdrop of Turkey's incursion into the northeastern part of Syria. In particular, one of the attacks injured two Syrian soldiers as terrorists have planted two explosive devices along the patrol route of the Russian military police.

The Russian centre for Syrian reconcilliation also stressed that "against the backdrop of Turkey's Operation Peace Spring in the northeast of Syria, illegal armed groups have intensified their activities in other regions of the Syrian Arab Republic".

The general added that 20 minutes after another bomb exploded when a unit of Syrian security officers arrived at the scene of the explosion. As a result, their car was damaged and two Syrian officers suffered light injuries.

Earlier on Friday, Erdogan stressed that 'Operation Peace Spring' would continue despite denouncement of the international community and threats from the United States.

According to recent statements by the Kurdish Democratic Progressive Party of Syria, dozens of civilians have been killed, hundreds injured and thousands displaced since the start of the Turkish military operation.

According to the Turkish Defence Ministry, the number of neutralized members of the PKK-YPG has reached 277.

The Syrian government has condemned the Turkish offensive in northern Syria as an act of aggression.

From the Syrian side of the border, the territory is controlled by Kurdish-led Syrian Democratic Forces (SDF). The 'Operation Peace Spring' targets the predominantly-Kurdish Syrian SDF and the Daesh terrorist group. Turkey views the SDF in Syria as an extension of the PKK, which has been classified by Ankara as a terrorist organization.