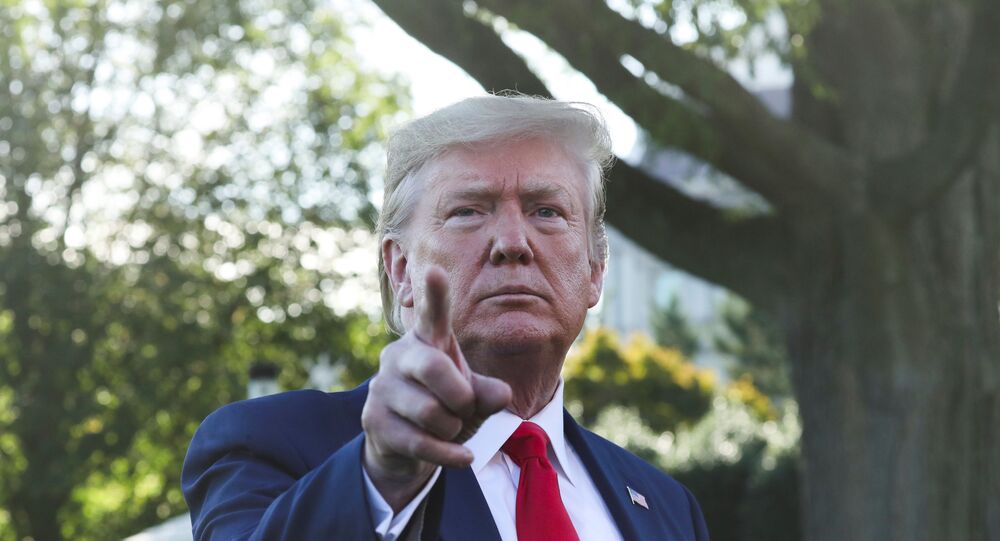 On Wednesday, Ankara launched a military offensive in northern Syria, targeting Daesh* and the Kurdistan Worker's Party (PKK), both of which Turkey considers to be terrorist organisations.

US President Donald Trump on Thursday offered three options for how the US should respond to Turkey's "Operation Peace Spring."

The US could choose to win "Militarily," could use financial instruments to hit Ankara with "Sanctions," or "mediate a deal between Turkey and the Kurds," according to Trump.

The US president reiterated that Washington "defeated 100% of the ISIS Caliphate and no longer have any troops in the area under attack by Turkey, in Syria," while boasting about a "perfectly" done job amid a Turkish military offensive against the Kurds, "who have been fighting each other for 200 years".

Later in the day, Trump, while speaking with reporters, said that Washington would likely do something very tough with regards to imposing sanctions against Turkey.

"We are going to possibly do something very very tough with respect to sanctions and other financial things," Trump said on Thursday.

​On Monday, prior to the beginning of the Turkish "Operation Peace Spring" military incursion in northern Syria, Trump vowed to "obliterate" Turkey's economy in the event that Ankara took actions in Syria considered by Trump to be unacceptable.

​Turkish Foreign Minister Mevlut Cavusoglu, reacting to Trump's tweets regarding the Turkish war operation in Syria, noted on Thursday that Ankara would not change its policy.

"Had we been afraid of some statements we would not have started the operation in Syria. I cannot comment Trump's tweets ... The main thing is that despite any statements Turkey will do what it must and what it considers to be necessary," Cavusoglu told CNN Turk TV channel.

On Wednesday, Turkey initated "Operation Peace Spring" against Kurdish fighters as well as the Daesh terrorist group in a stated attempt to neutralize terror threats against Turkey and establish a safe zone for the return of refugees.

The Syrian government condemned the Turkish offensive in northern Syria as an act of aggression, which has been echoed by a number of Arab and European nations.

According to the Turkish Defence Ministry, since the beginning of Operation Peace Spring, Turkey's military has struck 181 Kurdish armed groups operating in the region killing 174 alleged terrorists.