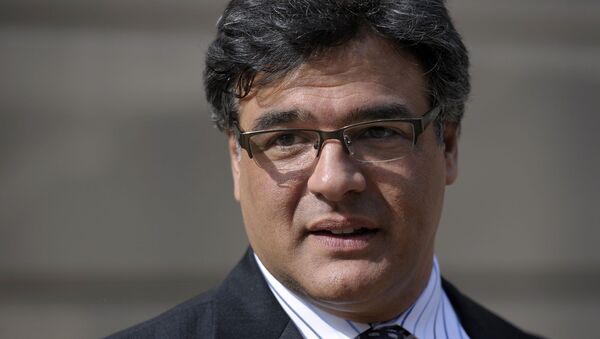 After former CIA agent-turned whistleblower John Kiriakou blasted holes in the anonymous source for House Democrats’ impeachment inquiry into US President Donald Trump on Wednesday night, the mainstream media came after him, smearing his name while ignoring the content of his past actions and the price he paid.

With the word “whistleblower” dominating US headlines in connection with an August complaint filing by an anonymous CIA agent about Trump’s July phone call with Ukrainian President Volodymyr Zelenskyy, some real whistleblowers have been taking to media stages to raise their own concerns about the use of the term.

On Wednesday, Kiriakou told Fox News talk show “Tucker Carlson Tonight” that “I don’t think it’s a whistleblower at all. I think this is an anonymous source for the Democratic staff in the House of Representatives. This is an insult to real whistleblowers. Actual whistleblowers go on to have their whole lives upended.” Trump, an increasingly avid viewer of Carlson’s show, tweeted out the quote after the show, drawing heavy fire toward Kiriakou from the mainstream press.

Trump is quoting a man who spent two years in prison for disclosing the identity of a CIA officer and now works as a radio host for Russian state media to help the Kremlin spread propaganda. https://t.co/rlvXabb8Dd

The Sputnik employee whom Trump quoted about the whistleblower being a fraud is now asking for a presidential pardon. Kiriakou was once in the CIA; he served 30 months in jail for... passing a spy’s identity to a reporter. https://t.co/vAN94DLAmv https://t.co/3JkKykg2Lf

FYI, Kiriakou pled guilty to disclosing the identity of an undercover CIA officer and now makes a living working for Russian state media. So... https://t.co/yhSjlmnUrA

​With remarkable consistency, stalwarts of the mainstream media quickly resorted to ad hominem attacks, deriding Kirakou as a “fraud,” attacking him for working for Sputnik and misrepresenting the very basis of his punishment for whistleblowing, rather than addressing the serious questions he raised about the Democrats’ latest holy lance against Trump.

To review, in 2013, former CIA officer Kiriakou was sent to federal prison for having disclosed classified information to a journalist, becoming the first person ever convicted on that charge. His report, given in a live television interview on ABC in December 2007, confirmed to the world the existence of the Central Intelligence Agency’s hitherto-secret torture program. He served 30 months in prison for violating the Intelligence Identities Protection Act in the process of his disclosures.

While then-US President Barack Obama falsely claimed to support whistleblowing, even while prosecuting more whistleblowers than any previous administration, under Trump, the Department of Justice has moved to clamp down on whistleblowing still further. WikiLeaks founder Julian Assange is charged under the 1917 Espionage Act for receiving classified information from another whistleblower, former US Army analyst Chelsea Manning, and publishing it in 2010. At present, both Manning and Assange are in jail in connection with the report, which exposed US war crimes in Iraq and Afghanistan.

The simple truth is that the mainstream media has never found a whistleblower it liked - at least at first. Kiriakou pointed out in a Thursday interview with Sputnik that “usually whistleblowers are called ‘leakers,’ until they’re able to convince the public that they’re whistleblowers.” He added, “The media told us that this guy was a whistleblower, so they just bestowed the term on him.”

Ironically, some in the media today have derided Kiriakou as merely a “leaker” and not a whistleblower, showing that the term is used to bestow legitimacy and moral urgency on those deemed worthy of it.

Manning, Edward Snowden, Bill Binney, Daniel Ellsberg and yes, Kiriakou - these people paid heavy prices to expose criminality by the US government. All encountered heavy resistance from the mainstream media, who have repeatedly refused to print their stories, driving them to alternative media outlets like WikiLeaks to get the word out about wrongdoing. Kirakou said he didn’t think that describes the August whistleblower’s experience. “I think that he went forward, maybe, with some information that is unethical or stupid - right, something stupid the president may have done, but not evidence of any crime.”

Rather, he thinks the whistleblower, or leaker, or whatever you want to call him, is probably “a guy thought he had seen something wrong, he’s gonna report it, and then elements inside the [Central Intelligence] Agency believed that they had stumbled on something that they could use against [Trump].”

"This person is not an undercover CIA operative," Kirakou told Carlson. "You cannot hide this person's name or identity just to save him from embarrassment or the trouble of being recognized because it's just not appropriate. If this is a whistleblower, he needs to come forward in public, testify in open session and blow that whistle."

“At the CIA at least, when you have information that you want to use in a whistleblowing complaint, the law says you go to your supervisor, and then to the inspector general, and then the inspector general investigates and goes to the oversight committees,” Kirakou noted. “That’s not what happened here … They just decided, ‘Ah, we have somebody now on the inside that we can call a whistleblower, and now we can implement our program or our plan,’ or whatever it was, and that’s just not how any of the rest of us were ever treated.”