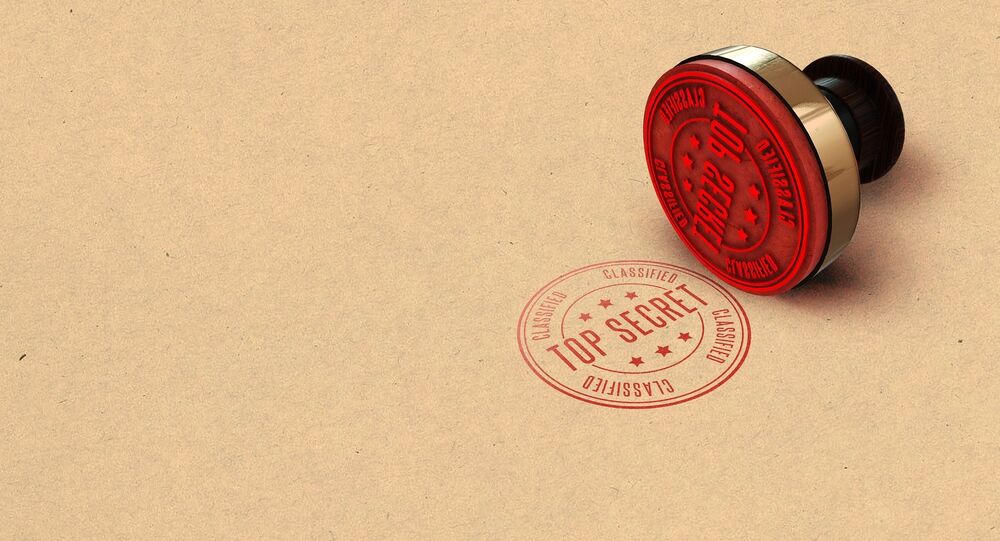 Following his inevitable extradition to the US, WikiLeaks founder Julian Assange might face a secret court due to the classified nature of the government’s evidence collection methods, Bill Binney, whistleblower and former technical director of the US National Security Agency, told Sputnik Radio Thursday.

Assange was arrested by British police Thursday from his seven-year stake-out in the Ecuadorian Embassy in London for extradition to the United States, where he is charged with conspiracy to help Chelsea Manning, a former US Army intelligence analyst, break into a computer and steal classified data. He could face up to five years in a US prison if he is found guilty.

"The basic threat there… by actually doing this, by getting a charge trumped up against Julian, just to get him extradited to this country… so we can try him under our laws… what they'll say is," because all the charges have to do with national security, they have to be kept secret, Binney told Sputnik.

US prosecutors have argued that in 2010, Manning gave Assange part of a password that was stored on US Department of Defense computers connected to the Secret Internet Protocol Network (SIPRNet), allowing access to classified government documents. The DoJ statement also indicated that after receiving the archive with secret US cables and war logs from Manning, Assange urged the former analyst to dig up even more information, Sputnik reported.

"In order for them to know something like that, they'd have to have collection of communications between Assange and Chelsea Manning. That would be an NSA collection, which means it's automatically classified. That means it can't be introduced in open court," Binney said, noting they would term it "national security data."

"The public, we can't see that data. They'll take it behind closed doors with the judge…. they'll get him to basically say he's guilty. They'll put him in jail, and he'll have no due process whatsoever," the whistleblower said.

The former NSA director said that because it's a secret trial, the government could easily advance fabricated evidence against the WikiLeaks founder without significant blowback. "I think that's the only way they're going to be able to handle it…. I think they probably fabricated this evidence; they fabricated similar kinds of evidence against us," he said about fellow whistleblowers.

After Binney left the NSA in a rage in 2001, he helped organize a major expose of the agency's domestic surveillance programs, including warrantless wiretapping of US citizens — and spent the next decade being hounded by the FBI for it.

Assange's website has served as a major vehicle for whistleblowers seeking a way to publish sensitive and illuminating information exposing the crimes and misgivings of corporations and governments around the world, most extensively the US government.

Manning's enormous trove of documents, delivered to WikiLeaks in 2010, included 391,000 documents together dubbed the Iraq War logs, the most notorious of which was the video "Collateral Murder." The files included footage of a US Apache attack helicopter gunning down 18 innocent Iraqi civilians as well as two Reuters journalists, proving the US had lied about the circumstances of their deaths. She also delivered 251,000 diplomatic cables that came to be called "Cablegate," showing the frank assessments of US diplomats about world leaders and their programs.

However, John Kiriakou, who cohosts Loud and Clear on Radio Sputnik and is himself a whistleblower about the CIA's torture practices during interrogation, noted, "It's illegal to classify a crime."

Eugene Puryear, who cohosts By Any Means Necessary on Radio Sputnik, noted that it's false to say this case is about hacking, not journalism — this is indeed about journalism.

Binney said that Washington was sending a message to other journalists: "This could happen to you if you do the wrong thing."

"It's another move to silence the press, make the press subjugate to whatever the government administrations want them to say," Binney told Sputnik. "So in other words, it's another way of controlling the media to make sure the public is uninformed or misinformed or not informed at all."

"[Assange's arrest] affects everybody in the world. Every news media, every TV station, it affects them all, because they are susceptible to this kind of action…. where are you going to turn to expose criminality by governments?"

"Julian was like a nail sticking up above all the wood," Binney said. "They had to hammer that down… so that nobody could see the truth."