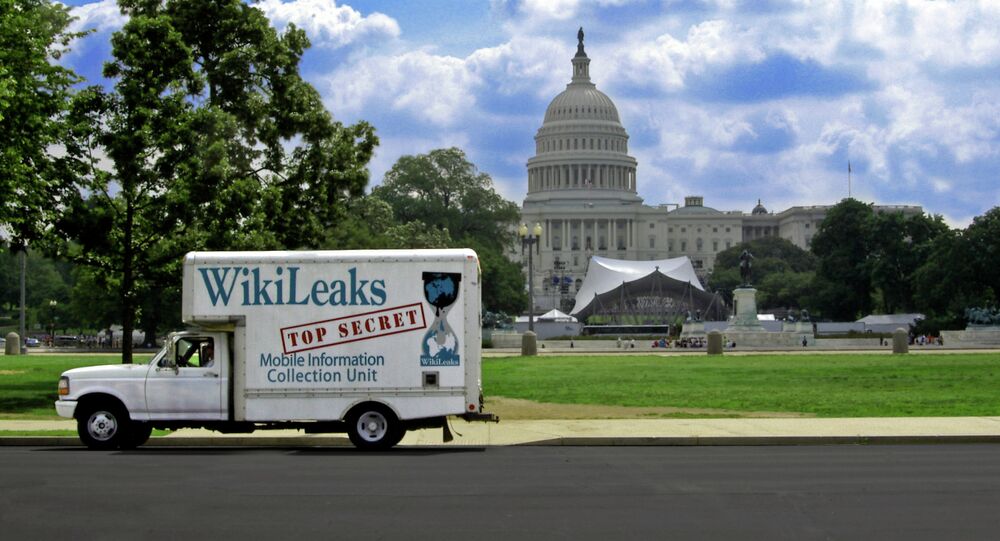 With WikiLeaks founder Julian Assange now under arrest and charged by US prosecutors with conspiracy to help Chelsea Manning break into a classified computer, it’s worthwhile to recall some of the enormous contributions to journalism made by the website and its founder.

In his 2012 book "Cypherpunks," Assange lamented that "the internet, our greatest tool for emancipation, has been transformed into the most dangerous facilitator of totalitarianism we have ever seen." Operating since 2006 to bring to light the secretive documentation and communication by global elites that we aren't meant to see, WikiLeaks has certainly played a major role in helping to keep the internet "our greatest tool for emancipation."

The website "peeled back the curtain of American statecraft, spycraft and political intrigue," Eugene Puryear, host of Radio Sputnik's By Any Means Necessary, noted Thursday.

Before 2010, WikiLeaks didn't attract significant attention, despite publishing important exposing documentation ranging from the operating procedures of the US' Camp Delta detention camp at its Guantanamo Bay Naval Base to files illuminating the Church of Scientology's inner workings. In November 2009, the site published half a million pager intercepts from September 11, 2001.

However, when US Army Private First Class Manning, an intelligence analyst in Iraq, provided WikiLeaks in early 2010 with a wealth of incriminating material about US war crimes, the website was catapulted to international fame. Among the materials from Manning they published were the April 2010 "Collateral Murder" video showing a US attack helicopter murdering 18 Iraqi civilians, including two Reuters journalists, in Iraq, revealing the US military had lied about it to cover it up; the 391,000 documents dubbed the Iraq War logs published in October 2010; and a quarter-million US diplomatic cables released in November 2010, dubbed "Cablegate."

Puryear noted that Reuters tried to obtain evidence of those killings, but before Manning and WikiLeaks released "Collateral Murder," the news agency had never seen them before. Puryear described the Cablegate files, which are still cited today, as they frankly showed the "sensitive, unguarded opinions" of US diplomats about world leaders and their policies, as "the first first-hand look the average person had about how diplomacy is really conducted."

"WikiLeaks was becoming a source of choice for those with sensitive documents principally because they cut out the editorial middleman," Puryear said, noting that major news organizations "don't release the material outright; they summarize and editorialize and sometimes withhold aspects of it."

In July 2010, WikiLeaks also published 75,000 of the 92,000 Afghanistan war logs it received anonymously. The incomplete release was, according to the website, "part of a harm minimization process demanded by [the] source." The disclosures revealed a host of friendly fire incidents in the country, along with numerous instances of the murder of Afghan civilians by US and allied forces. It was this release, which contained 15,000 secret documents, that made the US Department of Justice first weigh the use of the 1917 Espionage Act to silence WikiLeaks.

That November, US Attorney General Eric Holder also said there was "an active, ongoing criminal investigation" into Assange.

WikiLeaks became a household name overnight. US Vice President Joe Biden called Assange a "terrorist," and Australian Prime Minister Julia Gillard denounced his actions as "illegal," but the Australian police were forced to admit he hadn't broken any Australian law.

Between 2011 and 2016, WikiLeaks' star was at its zenith, publishing in April 2011 the Guantanamo Files, featuring 779 secret documents from the US detention camp, including classified assessments, interviews and internal memos about detainees, revealing widespread torture and mental illness at the facility caused by inhumane treatment, as well as an emphasis on extracting information as the primary excuse for holding detainees — not the militant danger they posed, as Washington had long claimed.

In 2012, the site published documents related to intelligence consultancy Strategic Forecasting, Inc. (Stratfor), revealing how corporations hired the company to spy on activists and that the company was working with other private actors to develop and market campaigns to smear critics of large corporations.

In 2016, however, WikiLeaks made some of its most damaging exposures ever, publishing multiple draft chapters of the so-called "Three Ts," the TPP, TTIP and TISA trade deals, which were happening far away from the public eye. In February of that year, WikiLeaks revealed that the US National Security Agency (NSA) had spied on the conversations of numerous world leaders, from German Chancellor Angela Merkel to the chief of staff of the UN High Commissioner for Refugees (UNHCR) and top EU economic officials.

In the months leading up to the US 2016 presidential election that November, WikiLeaks obtained and released a tranche of documents from Democratic candidate Hillary Clinton's emails as well as from the Democratic National Committee (DNC) leadership and Clinton's campaign leadership. The documents showed the corrupt inner workings of the political party, including how it rigged the primary elections in Clinton's favor and obtained for the candidate debate questions before her televised arguments with Donald Trump, the Republican candidate.

WikiLeaks released in 2017 documents showing the CIA had spied on French political parties, as well as the massive Vault 7 release, which revealed a huge range of CIA cyberweapons, confirming much speculation about the state of US cyberwarfare capabilities.

These are only some of the "greatest hits" of WikiLeaks. "Without this institution we would not have" learned about "so much of that malfeasance," Puryear said.