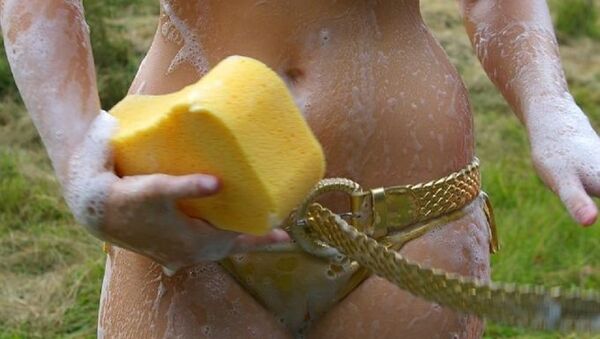 Marketing company Kickass Masterminds received mass scorn online after posting a photo of an internship applicant on their story, shaming her as unprofessional for a photo she posted wearing a bikini.

A marketing company has removed all of its social media and has shut down its website after shaming a job applicant online on Wednesday.

The company in question, Kickass Masterminds, seemed to find a bikini-clad photo of Emily Clow from Texas, who applied for an internship position with the firm, problematic.

In response to the application from the 24-year old, the company reposted a screenshot of the picture and put it on their own Instagram Story, shaming her and calling her out for not being "professional".

Clow took to Twitter in response, furiously saying: “I was objectified earlier today by a company because of a picture of me in a bikini. They claimed it made me an 'unprofessional'" They screenshot the photo, posted it on their insta story and called me out. I am still baffled that the company handled it in such a manner”.

She posted the company's Instagram story post of her photo which they had captioned with a message for applicants.

“PSA (because I know some of you applicants are looking at this): Do not share your social media with a potential employer if this is the kind of content on it," the caption allegedly read. "I am looking for a professional marketer – not a bikini model.”

"Go on with your bad self and do whatever in private. But this is not doing you any favours in finding a professional job."

In a dramatic turn, however, the company's entire social media presence seems to have been scrubbed from the net. Their Twitter, Instagram, and website have all since been deleted.

Clow's story generated widespread sympathy from all over Twitter, with positive responses coming from many who were left baffled by how she could have been considered unprofessional.

This girl applied for an internship at a company, and they put up this screenshot of her in a bikini on their company Instagram, publicly telling everybody they wouldn’t hire her because of this photo. pic.twitter.com/aRQF7CqfSF

wow guess it’s a lot to ask to be able to wear swimwear AND be employed. what a world.

The CEO of the company, Sara Christensen,  was accused of hypocrisy by users online for sharing photos of herself in her bra.

So it turns out Sara Christensen of Kickass Masterminds likes to flash her tits around. Maybe she wouldn't be a suitable employee? hmm. #kickassmasterminds #SaraChristensen https://t.co/lYxUbU8Ew8

Some users even called for Clow to sue the company.

Goodbye https://t.co/sARmeQ0RKZ
This is illegal and I hope she sues the shit out of you.

That's how companies disappear from the Internet. https://t.co/7np243fDET