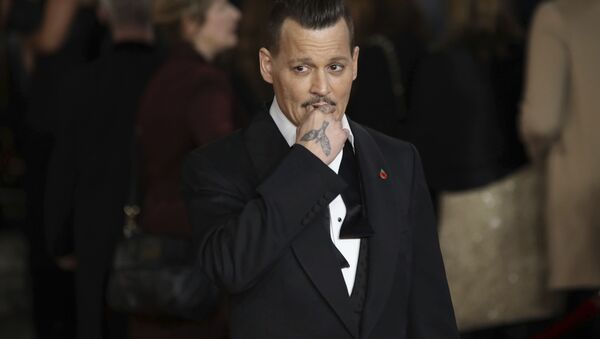 The teaser for 'We are the land' - which introduces an "authentic journey deep into the Native American soul" with a $150 cologne - features Johnny Depp performing the commercial's jingle with electric guitar in a scenic canyon. The video clip is made of spectacular fast-paced shots that include a woman wearing a wolf skin and a man dressed in traditional Native American garb dancing in the desert.

At the end, the voice of the Hollywood star introduces the new Sauvage line of products. According to the media report, this particular scene has drawn the attention of netizens who slammed is as being racist against Native Americans.

Um...feathers, and buckskin...aren't we trying to get away from those stereotypes? Ugh. Johnny...you're killing me. This is bad in so many ways. Sauvage? As in Savage. So we're savages AGAIN. DIOR you need to DO BETTER. 😡

Everything about this is terrible

Dior pulled their ads and tweets. You should do the same.

If you knew anything about us, you would know the history of that racial slur. This is not art.

Because a culture who survived an anihilation attempt and a derogatory branding as "savages," is being used to sell a French perfume called "Savage."

Responding to the backlash, Depp said in a news release from Americans for Indian Opportunity (AIO) that “There was need for authenticity and respect for the land and the nations that allowed us to shoot there [...] From the choice of location, wardrobe making, right down to casting and set design, AIO was involved", according to Fox News.

The release also stressed, cited by Fox News, that Depp was adopted into the Comanche Nation before playing Tonto in the 2013 reboot of "The Lone Ranger".