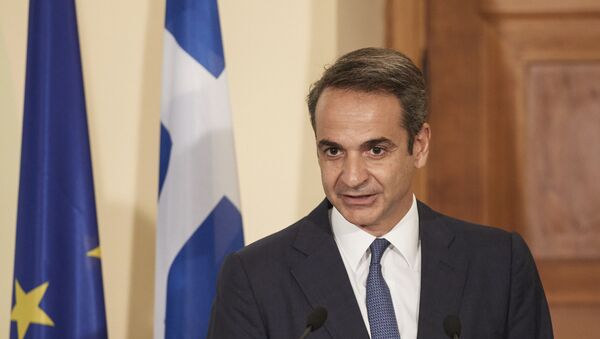 "The main objective for the government is modernizing the country’s security policies. That is why it was decided that we need to institutionalize the position of a security adviser who would support the prime minister and communicate with the Defence Ministry", the press service said in a statement on Thursday.

According to the statement, Vice Admiral Alexandros Diakopoulos has been appointed to the new position.

Moreover, Mitsotakis has decided that Greece’s National Intelligence Service (NIS) should be restructured. The prime minister appointed Panagiotis Kontoleon to become the head of the agency.

Kontoleon will be tasked with modernizing NIS to fight traditional threats, as well as address new challenges, including cyberwars and international terrorist and criminal groups.