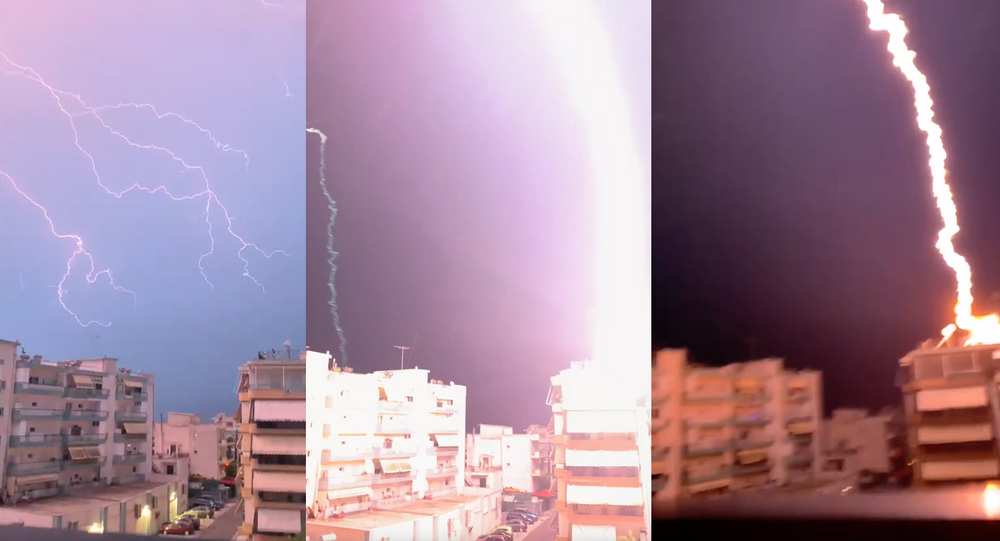 A brief look into the widespread storm that has left over half a dozen dead and at least 30 injured.

A massive lightning strike was caught on camera amid the fatal storm that ravaged the northern Greek region of Halkidiki on Wednesday, July 10.

Doumparatzis Marios, the videographer, informed Storyful Rights Management that the lightning strike actually hit a building in Thessaloniki, a city north of Halkidiki.

According to Greek newspaper Ethnos, the storm was part of a system that not only struck the northern region, but also West and Central Greece. The daily newspaper reports that at least seven individuals are dead, one is missing and another 30 remain wounded from the storm’s onslaught. Tourists from the Czech Republic, Romania and Russia were said to be among those killed.