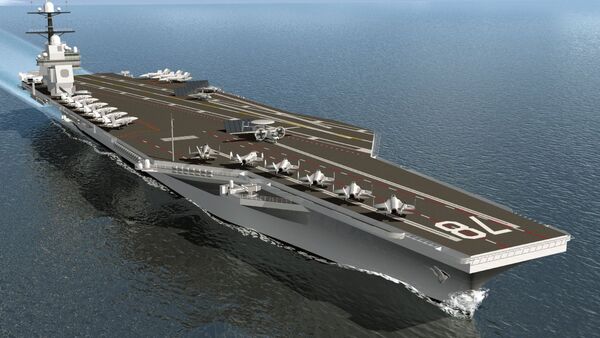 The USS Gerald R. Ford aircraft carrier was supposed to be delivered to the US Navy in July. Instead, its shakedown period has been extended by three months, and only one more weapons elevator is working than in January. Clearly someone should be fired over this - fortunately, Navy Secretary Richard V. Spencer has volunteered himself.

"I said, ‘Let's do this like corporate America.' I shook his hand and said, ‘The elevators will be ready when she pulls out, or you can fire me,'" Spencer says he told US President Donald Trump at the Army-Navy football game on December 8, 2018. At the time, the Ford, the most expensive ship ever built for the US Navy, had only one of its 11 new high-tech weapons elevators operating.

July has come and gone, and now only two of the 11 elevators, needed to move munitions from the bowels of the ship up to the flight deck where they can be mounted on aircraft, are functioning. 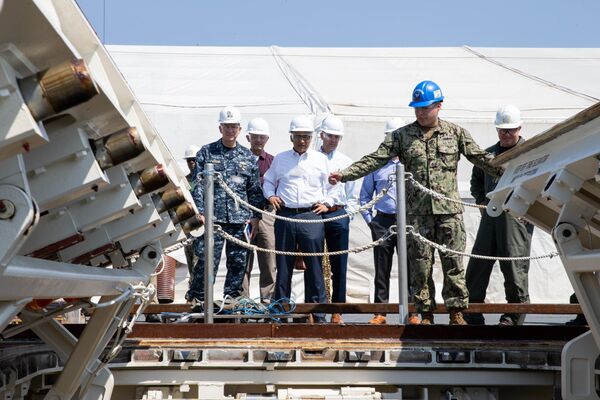 U.S. Rep. Bobby Scott, middle, chairman of the House Education and Labor Committee, observes a demonstration of the advanced weapons elevators aboard the aircraft carrier USS Gerald R. Ford (CVN 78) during a visit to the ship. Scott and U.S. Rep. Elaine Luria visited Gerald R. Ford to see firsthand the progress the ship is making during its post-shakedown availability and to speak directly to Gerald R. Ford leadership and Sailors.
© MCSN Zachary Melvin

“I don’t see an end in sight right now,” she said. The Ford was built In Luria’s district, at the Huntington Ingalls shipyard in Hampton Roads, and Luria herself is a 20-year veteran of Navy surface warfare operations.

The weapons elevators, like the Ford’s EMALS catapult for launching aircraft off the flight deck, are of a new design compared to the Nimitz-class ships the Ford and its kin will replace: they both use magnets instead of more tried-and-true methods like steam pressure and cables.

Trump, not a Navy man, nonetheless captured the feelings of many when he derided the troubled EMALS system as something "you have to be Albert Einstein" to work properly. Still, it’s more efficient than the old steam-powered CATOBAR catapults used since the mid-20th century when it’s functioning as it ought - something an internal Pentagon report admitted is unlikely.

When working correctly, the elevators can lift as much as 24,000 pounds of ordnance at 150 feet per minute, which is much faster than cable-based lifts on the Nimitz-class carriers. But right now it looks as if the Ford won’t have all its weapons elevators working even by the time of its delayed delivery in October. 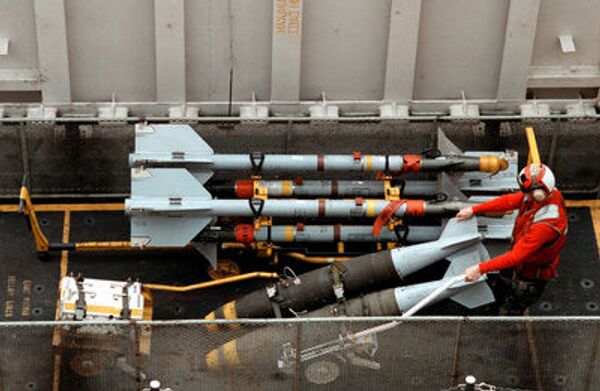 Petty Officer First Class Jeffery Serrano transports two MK-83 1,000 pound bombs from a weapons elevator to the flight deck of the USS George Washington (CVN 73) as the ship steams in the Persian Gulf on Feb. 7, 1998.
© US Department of Defense

Vice Adm. Michael Gilday told the Senate Armed Services Committee on Wednesday the elevators hadn’t been “prototyped ashore” like other new tech on the ship because the engineers early in the program “did not consider the elevator system to be high risk,” USNI reported.

“The remaining nine elevators, not turned over to the crew, are in various levels of construction to ensure the remaining doors and hatches can repeatably operate per required specification,” Navy spokesperson Capt. Danny Hernandez told Bloomberg.

Luria said fixing the elevators is “a very time-intensive process of alignment where things are welded on” and have to be cut off and rewelded and realigned. “I think they have the technology and capability to do it, it’s just incredibly time-consuming to do this for nine more elevators.”

The Ford is already well over budget and behind schedule. It was expected to be delivered in July 2017 and is at least 20% over expected costs. Still, despite these shortcomings, the Navy signed a contract on January 31 for two more of the gigantic ships from Huntington Ingalls for $14.9 billion. The Project on Government Oversight watchdog group called the deal "acquisition insanity,” Sputnik reported.

“Ultimately,” Gilday was forced to concede to lawmakers Wednesday, the cost overruns and delays are “a failure of the Navy.”