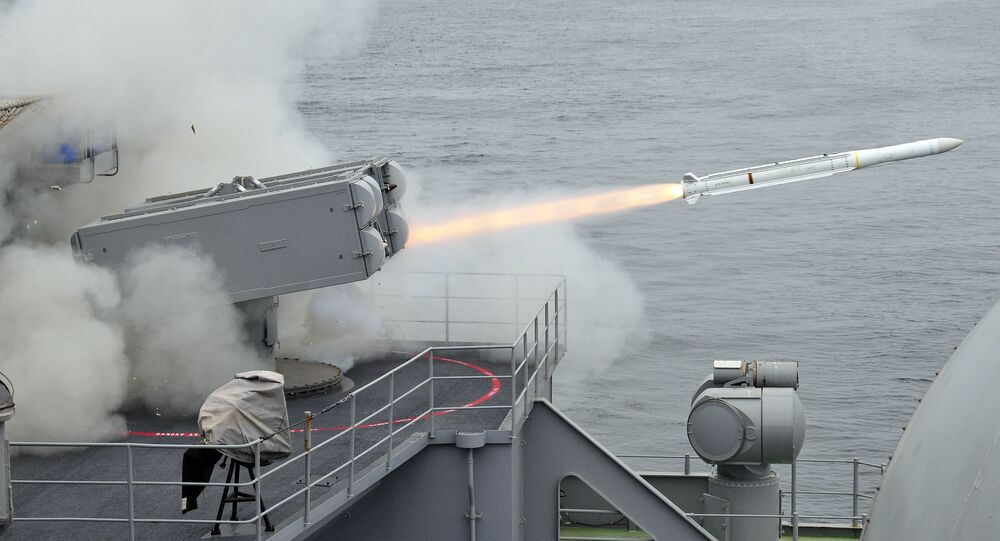 The US Navy’s new Ford-class aircraft carriers just got a little closer to being safer on the high seas, thanks to a successful test Tuesday of the Ship Self Defense System. Fired from a test ship, it intercepted a drone, a task that required the integration of multiple ship systems.

The test of the Raytheon-built system took place off the coast of California and saw the SSDS work with at least four other integrated-combat system components, including the radar that found and illuminated the target, the computer system that processed the data and passed launch commands to the missile, and the missile itself, which intercepted the drone, Military.com noted.

The weapon used was a specialized, close-in, anti-air ship defense missile, the Evolved SeaSparrow, already in use on the Navy's amphibious assault ships but not yet implemented on its supercarriers, which are more than twice the size of an AAS.

"The design of our Ship Self Defense System enabled seamless integration of the sensors and missiles with the CVN 78 combat system during this first-of-its-kind test, proving the ability of the system to defend our sailors," Mike Fabel, Raytheon's SSDS program manager, said in a statement Tuesday. "This integrated combat system success brings Ford one step closer to operational testing and deployment."

Ford, the lead ship of what the Pentagon hopes will be a 10-member class of 100,000-ton ships, is scheduled to enter full service in 2022. However, right now the ship is a very long way from that.

It's suffered numerous setbacks and cost overruns, including being delivered without a single working munitions elevator and an unreliable magnetic aircraft catapult system — delays that led the late Sen. John McCain to call the ship "a spectacular debacle." Only last month did one elevator actually come on line, and Navy Secretary Richard Spencer said the remaining 10 should all be working by the summer of 2019.

Despite the setbacks, last week the Navy signed a contract to buy two more of the ships in a highly controversial double-buy for $14.9 billion, Sputnik reported. Spencer has touted the deal as a huge cost-saver, but others have remained skeptical, since the only ship of the class built so far, the Ford, has had so many problems.

Also this week, the Navy finally parted ways with its beleaguered Anti-Torpedo Torpedo Defense System, designed to protect its carriers from submarine threats, Sputnik reported. The Pentagon's Office of the Director of Test and Evaluation pulled the system after it proved too unreliable.