You Are What You See: ‘Lowbrow’ TV Lowers IQ, Increases Disinformation Susceptibility 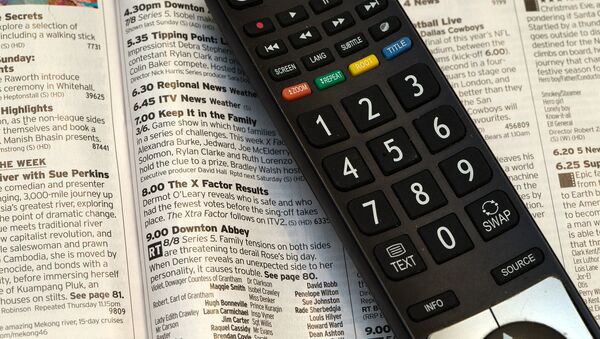 © Pixabay/CC0
Subscribe
A collection of TV-related research compiled by a Harvard foundation suggests that individuals’ exposure to “junky” entertainment television not only decreases their intelligence, but also leaves them vulnerable to rhetoric utilized by particular political parties.

On July 26, the Nieman Journalism Lab published a compilation of studies shedding light on the relationship between the viewing of so-called “lowbrow” entertainment television and the backing of certain candidates, particularly in the elderly and young children.

“For individuals first exposed to Mediaset as children, we find that entertainment TV has a negative impact on cognitive abilities in adulthood, as measured by standardized numeracy and literacy tests,” the researchers reported, also noting the individuals showed “significantly lower levels of civic engagement.”

The researchers use the example of the proliferation of Berlusconi’s network viewership and subsequent election victories to suggest “non-informative, entertainment TV can have a tangible impact on political preferences.”

However, the authors contend that it was not so much the values of Berlusconi’s center-right Forza Italia party that swayed voters, but instead the voters’ desire to hear the same simple, to-the-point language used by the network.

“The language codes that were popularized by TV also made people much more susceptible to the populist party because they used very simple language,” Durante told the American Economic Association (AEA). “They used accessible language. And that can potentially be very powerful.”

The co-author of the study went on to say that while their research delves deep into specifically Italian politics, similar effects are “quite common” worldwide.

Of the three, the study notes that “watching the Fox News Channel for this additional 2.5 minutes per week increases the vote share of the Republican presidential candidate by 0.3 percentage points,” while CNN and MSNBC did not produce the same results.

Additionally, research found that as the years went on, Fox News’ echoing of phrases similar to those used by Republican US Congress members progressively increased, reinforcing Durante and his co-author’s findings concerning language.

Another study, conducted in Norway, investigated the link between cable television and IQ scores and found that 10 years of exposure could lower one’s IQ by 1.8 points. This could explain the popularization of certain networks that use familiar or basic language and the success of politicians that echo them.

“Italy’s just 20 years in advance with respect to many other countries,” Durante noted in reference to his own research on Italy, but also pointed out to the AEA that “now these tycoons that cover the political sphere from a background of entrepreneurs are quite common.”