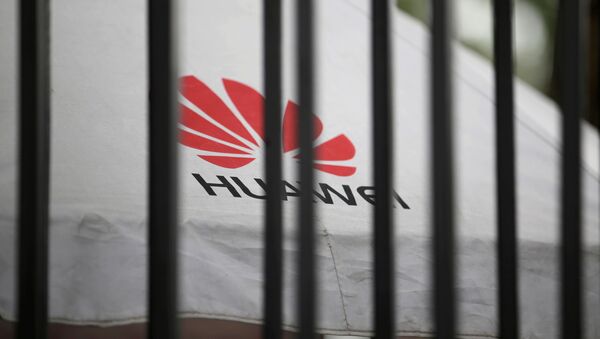 The California-based tech behemoth has found itself in the middle of an ongoing trade war between China and the United States. The latter recently blacklisted Huawei Technologies, prompting Google to restrict access to its Android operating system.

Google has warned that if the Trump administration goes ahead with an extensive ban on Huawei, it risks compromising national security, the Financial Times reported.

Even though the restrictions may land Huawei in some trouble in the short run, tech experts say it would push the company, as well as other Chinese firms, to become more self-reliant by developing their own, tailor-made technologies, thus undermining the dominance of US firms, such as Google in the long run.

Lawyers For Huawei CFO to Challenge US Request For Extradition - Report
The US multinational tech company is in particular concerned that it would not be allowed to update its Android operating system on Huawei devices, which, it insists, would cause the Chinese giant to develop its own version of the software, according to the media outlet, quoting people familiar with Google’s “lobbying efforts”.

In addition, Google is reportedly worried that a Huawei-modified version of Android would be more vulnerable and susceptible to being hacked.

The company has yet to comment on the report.

Google suspended operations with Huawei, including the transfer of all hardware, software, and technical services, except those publicly available via open source licensing, on 20 May – shortly after the US Department of Commerce added the company to a blacklist, known as the “Entity List”.

At the time, Reuters cited an unnamed source as saying that following the decision, Huawei smartphones, which run on Google’s Android operating system, are expected to lose access to updates to certain apps and services, including the Google Play Store, Gmail, and YouTube, but the existing devices will be safe from future restrictions.

Under the executive order, signed by President Donald Trump, the Shenzhen-based company and its 70 affiliates were added to a blacklist that prevents American companies from selling components to Huawei without a government license.

Shortly thereafter, the US Commerce Department issued a 90-day “temporary general license” to allow some firms to continue doing business with Huawei, for instance, to supply the company with the technologies necessary to perform software updates on existing devices.

Indian Telecom Operators Push Gov't to Decide Fate of Huawei on 5G Trial Sooner
In late May, China’s Commerce Ministry spokesperson, Gao Feng, reportedly said that Beijing would hit back with its counter-blacklist of “unreliable” foreign enterprises and individuals. The list would purportedly include those who fail to comply with market regulations and substantially damage the legitimate rights and interests of Chinese firms.

The standoff between the Chinese company and the United States is unfolding against the backdrop of the ongoing trade war between Beijing and Washington that dramatically escalated after the Trump administration threatened to introduce increased 25 percent tariffs on Chinese goods.

Last month, the US Trade Representative’s office unveiled a list of additional Chinese products worth $300 billion that would be exposed to increased penalties. China, in turn, warned that it would slap tariffs on $60 billion worth of American goods in retaliation for higher US taxation.

Since June 2018, Washington and Beijing have been mired in a trade dispute after Trump imposed 25 percent tariffs on up to $50 billion worth of Chinese goods in a bid to fix what he has repeatedly described as Beijing’s "unfair trade practices". From that point on, both sides have implemented several rounds of quid pro quo measures.