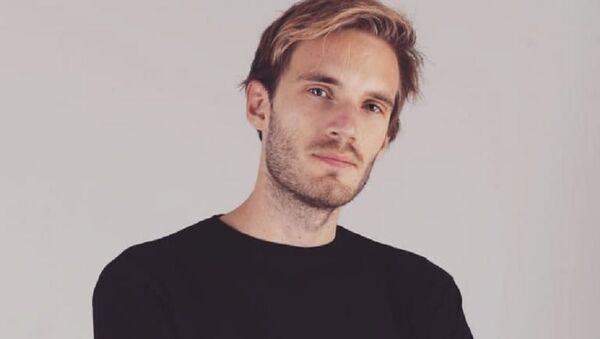 The Swede recently ended the viral "Subscribe to PewDiePie" meme, but, after all, this doesn't mean his allies and supporters shouldn't subscribe to his subreddit.

YouTube star Felix Kjellberg (better known online as PewDiePie) has jokingly rebuked his fellow content creator, MrBeast, after it appeared that the latter was not subscribed to his subreddit.

PewDiePie on Friday commented on a tweet by MrBeast, who took screenshots of the PewDiePieSubmissions subreddit, a community opened by the Swedish blogger two years ago that posts memes about him.

The "join" feature appeared to be active, meaning that MrBeast was not a member of Pewds' subreddit.

PewDiePie reacted with just one word, full of humorous anguish, and attached a Thanos meme saying "Reality is often disappointing".

MrBeast was quick to explain himself, saying that he was lurking on Reddit without signing in. "I have not forsaken you father!" he added.

I HAVE NOT FORSAKEN YOU FATHER! pic.twitter.com/c6burDeaSh

But that apparently was not enough for him, and he issued a tongue-in-cheek public apology.

I’d like to publicly apologize to all those who I hurt thru my actions. I will strive to get better. https://t.co/qUQ5qrmoNl

Jimmy 'MrBeast' Donaldson is a popular American YouTuber who is closing in on the 20-million subscriber mark. He has weighed into the Great Subscriber War between PewDiePie and T-Series, rolling out a citywide advertising campaign for the Swede and even promoting him at this year's Super Bowl.

While earning the reputation of one of PewDiePie's most ardent supporters, MrBeast has gone to great lengths so as not to outshine the master. Last week, he asked his subscribers to switch their likes to dislikes under his video, which has the most likes in the "non-music" category, so that PewDiePie's remake of YouTube Rewind 2018 (currently second-best) could take the top spot.

MrBeast, 21, kicked off his YouTube career by playing video games but later began exploring more original content. He has made a name for himself by participating in extreme challenges and megalomaniac projects, such as making the "largest bowl of cereal" in the world or putting millions of legos in his friend's home.