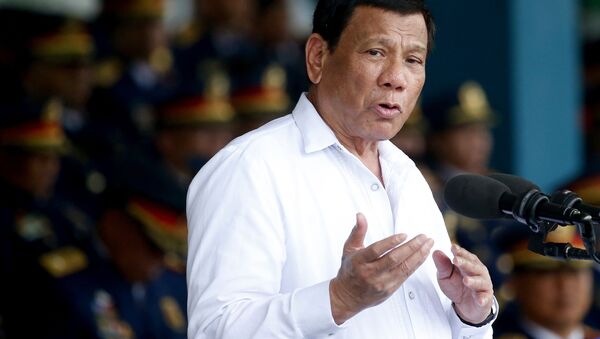 The Canadian government has missed the 15 May deadline, which was overseen by a court ruling, to resolve the long-standing trash dumping issue with the Filipino authorities. This has prompted the latter to have their say, or rather act on the matter.

From the point of view of Filipino Presidential Spokesman Salvador Panelo, the Canadian government would have been quicker in decision-making if they had President Rodrigo Duterte as head of state.

Panelo made the comment during a press conference in the Malacañang Palace on Thursday, while discussing Department of Foreign Affairs Secretary Teodoro Locsin Jr.’s decision to recall his country’s ambassador to Canada after Ottawa failed to take tonnes of rubbish it had discarded in the Southeast Asian country.

“I don’t understand. It’s so easy [for them to take the garbage back]”, he said. “If I were the prime minister [of Canada], [I would] take that back, bring that here. It’s that simple. What they need is President Duterte to become the president of Canada for [things to get done]. It’s that simple”.

The decision to recall the envoy was made after Canada ignored a Wednesday deadline set by Duterte for the North American country to remove over 100 shipping containers filled with household waste like used bags and soiled diapers that were mislabelled as recyclables and transported to the Philippines by a private Canadian company in 2013 and 2014.

A Manila court ruled in 2016 that Canada take back its rubbish shipments but it never happened making Duterte indignant, with the president stating last month that he is set to declare a war against Canada if they don’t meet the court verdict by 15 May. When the deadline was missed and “letters for our ambassador and the consuls to Canada,” Foreign Secretary Teodoro Locsin Jr. reiterated on Twitter the Philippines’ preparedness to “maintain a diminished diplomatic presence in Canada until its garbage is ship-bound there”. The Canadian Embassy in Manila declined to comment.

Thursday’s announcement came as a bit of surprise, as Panelo had earlier noted that the president, “a reasonable man”, could tolerate some delay in removing the trash, but the Canadian side would have to pay extra storage fees and other penalties in return. Otherwise, Manila “would throw their trash back at them”, Panelo cautioned.

The Canadian government earlier stated that it had been working on the issue, with the country having amended its environmental laws in 2016 to hold private companies responsible for taking back trash.

The New York Times reported the decision to recall the ambassador and consuls was made under pressure from BAN Toxics, an environmental group in the Philippines.

They called on the Duterte government to immediately halt the importation of hazardous waste. According to Reynaldo San Juan, the Philippines initially accepted not only Canadian waste: in 2018, about 1,400 tonnes of household waste from South Korea were shipped back to their origin in the wake of a backlash. China, among Southeast Asian countries, has set a positive trend of late by no longer taking in foreign recyclables.