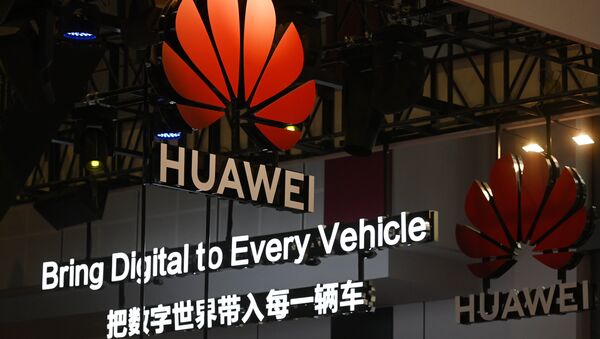 The move comes after US Secretary of State Mike Pompeo warned earlier this month that Washington may scrap its cooperation with some “important strategic partners” who use Huawei systems.

European Commission President Jean-Claude Juncker has announced that he will not prevent Chinese companies like the tech giant Huawei from doing business with Europe if they stick to market norms.

“We are not rejecting someone because he is coming from faraway, because he is Chinese, the rules have to be respected”, Juncker told reporters when asked about the US demand to restrict Huawei’s participation in creating 5G mobile network in Europe and America.

The statement comes a day after the Daily Mail cited a US government source as saying that officials in Washington are considering an attempt to dissuade UK Prime Minister Theresa May from letting Huawei take part in building her country's future 5G mobile phone network.

"We have our concerns and we continue to engage with the UK government on the issue", the officials said.

This followed the UK National Security Council, which is chaired by Prime Minister Theresa May, agreeing to allow Huawei limited access “to help build parts of the 5G network such as antennas and other ‘noncore’ infrastructure”.

Earlier, German Chancellor Angela Merkel said that she is opposed to excluding Huawei or any other company from development of the country’s 5G mobile network just because it comes from a certain country.

The US, Australia, and New Zealand have already banned Huawei from developing their 5G networks, citing security threats. Washington also lobbies its European allies, including Germany, to follow suit and impose formal bans on Huawei products when it comes to building the next generation of wireless mobile networks.

Germany Refuses to Tolerate US 'Blackmail' Over China's Huawei
In a separate development, the US Central Intelligence Agency (CIA) reportedly accused Huawei of being sponsored by the Chinese People’s Liberation Army, the National Security Commission, and a third branch of the Chinese state intelligence network.