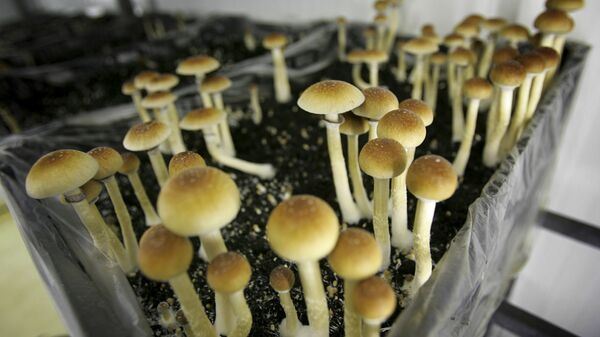 Despite fears that the anti-drug Trump administration would stymie the burgeoning field of research into psychedelic compounds, studies on substances like LSD, psilocybin, ketamine, MDMA and ayahuasca have actually continued to receive funding (albeit not from the government), and pass milestones, in the US over the past few years.

A Rolling Stone article from late 2016 points out that though that year's elections brought victories for advocates of marijuana policy reform, as a wave of states either legalized the drug, relaxed restrictions on its use or approved it for medicinal purposes, they also ultimately carried anti-drug hardliner Jeff Sessions into the White House as attorney general. And drug legalization advocates weren't wrong to worry — Sessions did indeed in early 2018 rescind guidance from the previous administration that advised federal prosecutors not to interfere in states that had relaxed marijuana regulations, contradicting federal laws.

However, more than a year since Sessions' move, he's out of the administration, the federal government has not cracked down on states that have legalized weed (choosing instead to go to war with cities and states over immigration), and private funding has continued to flow to psychedelic research.

An April article in the Outline says "it's remarkable that psychedelic science has actually flourished under the Trump administration" and highlights three studies that have made major headway under this administration. First, a psychedelic treatment for post-traumatic stress disorder (PTSD) was granted a "breakthrough therapy designation" by the Food and Drug Administration (FDA) in August 2017. The designation recognizes the therapy as having huge potential and accelerates agency reviews of it, the story notes. (The treatment under study uses methylenedioxymethamphetamine, better known as the club drug MDMA, which is known for producing feelings of euphoria, empathy and increased emotional and physical awareness.)

In October 2018, the FDA again granted breakthrough therapy status to a psychedelic drug study, this time on the use of psilocybin, the chemical in magic mushrooms that causes trips, as a depression treatment. And in March, a compound derived from ketamine, a substance used as a tranquilizer and pain reliever — and well known as another club drug that can induce blissful trances — was approved by the FDA for sale in the US as a nasal spray treatment for depression.

This trend didn't start under the Trump administration, of course. The US Department of Health and Human Services in 2014 granted the Multidisciplinary Association for Psychedelic Studies (MAPS) approval to study the effects of cannabis on PTSD in veterans — after a mere 22-year wait. A 2017 story in the Verge claims that more than two dozen studies involving psychedelic drugs have been approved since 2002. The renowned Johns Hopkins University is even studying DMT, or N-Dimethyltryptamine, a drug known for creating brief but extremely intense and disorienting mental trips, as a possible treatment for anxiety and depression. But that the long, strange journey to respectability would continue after the upheaval of 2016 has come as a relief to many.

Of course, researchers point out that this is only the beginning.

"I agree that the Trump administration's hands-off attitude towards psychedelic research has allowed psychedelic research to continue progressing, contrary to some researchers' initial fears," Brad Burge, director of strategic communications for the MAPS, which has been at the forefront of such research for decades, told Sputnik Wednesday.

"Our researchers have not experienced any changes in how government agencies, primarily FDA and DEA [Drug Enforcement Administration], handle the approval of their research projects over the past 10 to 20 years," George Greer, medical director of the Heffter Research Institute, told Sputnik Wednesday. Heffter promotes serious scientific research into hallucinogens and related compounds with the goal of understanding the mind and alleviating suffering, according to its website. Greer noted the breakthrough therapy statuses given by the FDA recently, and said, "Heffter is currently supporting clinical trials of psilocybin for addictions to alcohol, nicotine and cocaine, and is about to start research for opioid addiction. We are also supporting studies in psilocybin treatment of obsessive-compulsive disorder and depression at Yale and hopefully soon, anorexia nervosa at Johns Hopkins."

Both Greer and Burge, however, pointed out that though research has been allowed to continue, none of it has been federally funded.

"There is a lot more that the administration could do to accelerate the research, such as by allocating federal funding to psychedelic research through the Department of Defense or National Institutes of Health," Burge said. "To date, psychedelic clinical trials receive no government funding, and MAPS has had to raise all of its resources — over $70 million since our founding in 1986 — from individual donations or small foundations."

"Federal research agencies in the US have not directly funded clinical treatment studies with psychedelics in decades, but our strategy is to provide the scientific data to justify such research funding with our small clinical trials, which so far have produced impressive results for anxiety and depression in cancer patients and in people addicted to alcohol and nicotine," Greer explained.

"It's also worth noting that the Trump administration does continue to prevent the research that would be necessary to develop marijuana into an FDA-approved prescription medicine," Burge points out. A MAPS fact sheet details its slow, stalling process of trying to end the National Institute of Drug Abuse's monopoly on producing the cannabis used for research in the US — a monopoly that hampers studies on its use, MAPS says.

And of course, many drugs showing promise in medical trials remain Schedule I drugs, according to the DEA, meaning they're officially classified as "drugs with no currently accepted medical use and a high potential for abuse." On that list, still, are marijuana and LSD, as well as MDMA and psilocybin, both of which have shown promise as treatments, according to other US agencies, and a host of other drugs now being tested for more than how much fun they can make a walk in the woods. At some point, these clashing classifications will have to be brought into harmony.