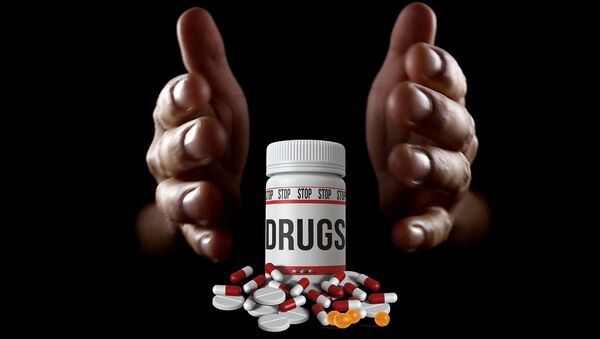 CC0 / /
Subscribe
International
India
Africa
MOSCOW (Sputnik) - Russian biotechnology company Biocad expects its cancer medicine that is based on research by 2018 Nobel laureates to be approved in the second quarter of next year, the Biocad president told Sputnik in an interview.

Immunologists James Allison from the United States and Tasuku Honjo from Japan were announced this year's Nobel Prize laureates in medicine on October 1. The two scientists separately discovered mechanisms that harness the human immune system to fight tumors.

The research is based on the idea that the human immune system has a complex system of switch-offs and brakes which regulate immune response to diseases. The two scientists separately discovered two mechanisms on how to release the brakes, the technology referred to as "immune checkpoint blockade."

According to the Swedish Academy, the treatment based on the checkpoint concept "has fundamentally changed the outcome for certain groups of patients with advanced cancer."

On Plans to Approve Drug in Russia in 2019

Earlier this month, Dmitry Morozov, the Biocad president said there would soon be a cancer medicine based on Allison and Honjo's research available in Russia. Answering the question how soon that would be, Morozov said the medicine is expected to receive approval in Russia next year.

"We expect the approval of our original drug Prolgolimab in the second quarter of 2019 — monoclonal antibody against PD-1 antigen," Morozov said.

It is noteworthy, PD-1, studied by Honjo, is one of the two antibodies which contribute to removal of the immune inhibition.

On Plant in Finland and Ties With Europe

The company recently has signed an agreement with Greek company Win Medica, Mexico's Psicofarma and reached a supply deal with Julphar, one of the largest pharmaceutical manufacturers in the Middle East and Africa.

Science & Tech
Russian Doctors Create High-Tech Drug With Amazing Cancer-Killing Properties
Morozov noted that China and Japan are of high priority for the company as it planned to enter their markets next.

Since September last year, the company has been actively working to localize its production in the Finnish city of Turku. Biocad is planning to complete the manufacturing site, set up a lab network, launch clinical studies in the European Union next year. First sales in Finland are expected to start in 2022, the official said.

The Finnish facility will become a window to the European market for Biocad.

"Yes, our plant in Finland will be specialized in production of our products for the EU market and other markets as well," the official explained.

The company is currently implementing multiple new projects in gene and cell therapy. In particular, Biocad is developing gene therapy to treat hemophilia and spinal muscular atrophy, working on several drug candidates based on CAR-T cells and building up its portfolio of next-in-class products based on monoclonal antibodies.