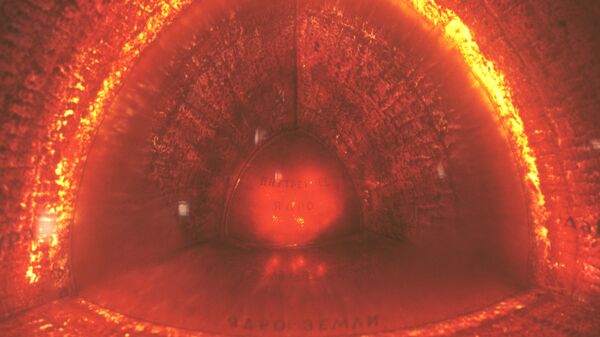 Ilya Tsukanov
All materialsWrite to the author
A new study claims to have solved a mystery that has left scientists scratching their heads since 1978.

Researchers from the Paris-based Institute de Physique du Globe and the Technical University of Denmark have carried out what may turn out to be groundbreaking new research into the movement of superhot liquid metal in the Earth's core, which they say is responsible for the powerful "jerks" rocking the planet and temporarily weakening its magnetic field every few years.

The scientists used supercomputers to create a highly detailed model of the movement of core metal. Successfully aligning their simulations with actual jerks observed by scientists, they found that jerks may be caused by floating blobs of molten matter floating toward the crust. As they do so, these blobs create powerful waves along magnetic field lines, affecting the flow of liquid governing the magnetosphere and transforming into the jerks in the magnetic field above the planet.

Julien Aubert and Christopher C. Finlay, the scientists who conducted the research, summarised the implications of their work in a paper in Nature, noting that "the ability to numerically reproduce jerks offers a new way to probe the physical properties of Earth's deep interior". The authors hoped that their work could help scientists better predict the behaviour of Earth's geomagnetic field, predict future jerks, and their effect on other geodynamic processes. 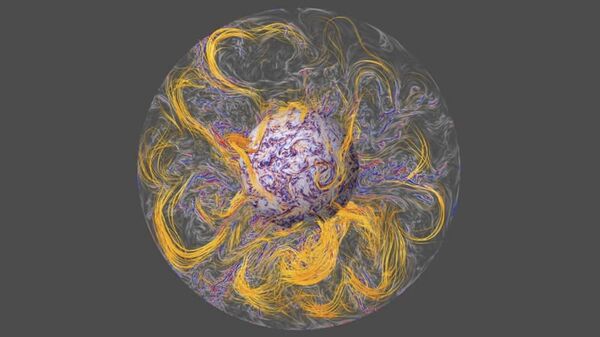 Magnetic Field Sparing Earth From Deadly Solar Radiation ERODING Incredibly Fast
Scientists first described the phenomenon of geomagnetic jerks in 1978, with one of the first such jerks documented in 1969, temporarily warping the magnetic field over Western Europe. But until now, researchers haven't been able to reach a consensus on why the jerks were taking place, even though it was speculated that they originated inside the planet's core.

Earth's magnetic field is thought to be generated through a concept known as the "geodynamo", a mechanism allowing the planet to generate a magnetic field through heat generated by the motion of conductive liquid metal inside the core, complemented by the planet's spin as it travels around the Sun.

The scientific community received a bit of a scare recently amid reports that Earth's magnetic field was weakening, perhaps dangerously so, following news earlier this year that the magnetic North Pole was leaving the Canadian Arctic and heading to Russia's Siberia at an accelerated pace.  Without the field, Earth would be left vulnerable to solar flares which, when sufficiently intense, could cause extensive damage to human-made infrastructure, including everything from spacecraft and satellites orbiting Earth to power grids on the planet itself. In 2011, the US National Academy of Sciences calculated that a repeat of a solar storm like the one which hit Earth in 1859 could cause as much as $2 trillion in initial damage, and take a decade to repair.