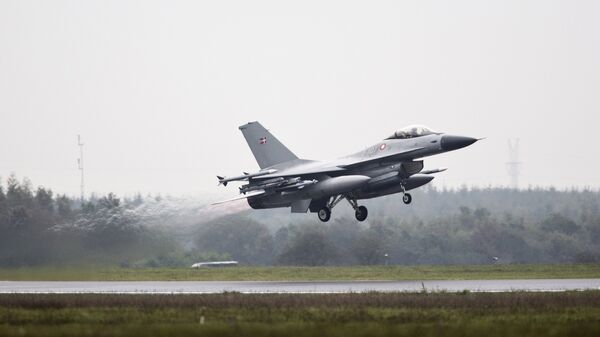 Despite all speculations about a "Russian threat", fighter aircraft from other countries encroach Sweden's airspace much more often. For instance, neighbouring Denmark and the US are far worse culprits in setting off the alarm.

In the past three years, Russia activated Sweden's alarm three times, compared to Denmark's nine times. This accomplishment makes Denmark the country most culpable for setting off the airspace alarm on the other side of the Øresund Strait, the newspaper BT reported.

Frederiksen was asked to testify in parliament after a request from the opposition Red-Green Alliance MP Søren Søndergaard, who referred to "a general impression that Russia encroaches on other countries airspaces". After conferring with the Swedish authorities, Frederiksen proved him wrong.

In his parliamentary response, Frederiksen claimed that the Danes had registered seven encroachments by Denmark on Swedish airspace, although two more had been noted by Stockholm. Frederiksen attributed this divergence to "different registration methods, lack of reporting and errors and inaccuracies with equipment".

The US also flew over Swedish airspace more often than Russia, with seven alarms during the last three years. Apart from its immediate neighbours and fellow Baltic Sea region countries, Sweden's airspace has been visited by aircraft belonging to nations far away, such as France, Portugal and even Turkey.

As BT put it, "The idea of an arrogant Russian Air Force with fighter pilots flying over other countries' airspace as they please now gets a degree of nuance or two".

The hearing in the Danish parliament was triggered by an incident last week, when Danish F-16s were scrambled against a Russian military aircraft that flew close to Denmark's west coast, yet without ever entering Danish territory.

A former Danish pilot described such encounters as "very gentlemanly".

"We have to take pictures, so you hold the camera up and show what you intend to do. Then the Russian pilot nods or winks, and you take the picture", the pilot told Danish Radio, rejecting the notion of having a finger on the trigger.

The Russian authorities, for their part, have repeatedly stressed that all flights by Russian military aircraft and ship movements are carried out in strict accordance with international law.