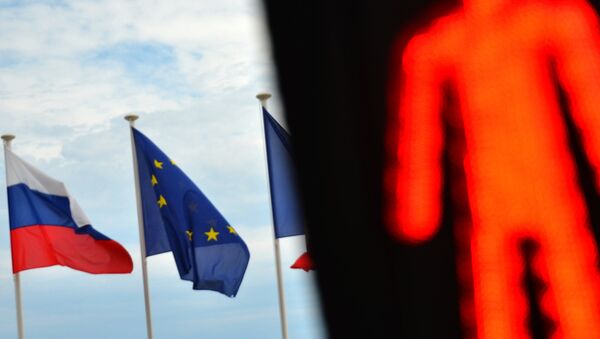 US and EU sanctions against some Russian companies and industries, imposed over the reunification with Crimea, have complicated the work of European companies. German entrepreneurs, however, aspire to boost cooperation despite warnings from the US about sanctions against EU businesses.

According to a position paper, the East Committee-Eastern European Association of German Businesses aspires to boost European-Russian cooperation amid political sanctions, OWC reports, citing its board chairman Michael Harms. Per Harms, the German government has met the proposition with open arms because a conversation with Foreign Minister Heiko Maas was the catalyst for this initiative in the first place.

“The sanctions are a fact and nobody can ignore them, but objectively they only impact a few industries. We believe that there is interest in this return to finding common grounds with Russia not only in Germany but also in the EU”, he said.

Harms pointed out that his association would like to alert lawmakers and officials to how many common interests Europe and Russia have. They aim to encourage them to see not only the political problems and sanctions in Russia but the many areas where they can work together.

He pointed out that although the EU sanctions targeting specific industries and individuals account for only 5 percent of their foreign trade volume, they have resulted in more bureaucracy. According to Harms, this entails higher costs for those doing business. Harms also spoke about the normalisation of what it means to do business with Russia, noting, however, that politically nothing has changed.

He also pointed out that while the rules of the game, imposed by the EU sanctions, have long been assessed, the new US sanctions deliberately prompt uncertainty in the economy. He branded it “a huge problem for European companies” in particular. The expert also criticised the pressure being put on European companies over their cooperation with Russia.

“We consider imposing US sanctions against European companies that cooperate with Russian companies, extra-territorially as illegal under international law, in principle, and politically meaningless”, he stated.

According to him, the US sanctions that have been introduced or prepared since April 2018 show no clear political goal because it is not clear what Russia should do to have them lifted. Harms also added that sanctions are linked to US economic interests, for example, Washington’s plans to increase LNG exports. He noted that little can be done against the US policy, as the case with Iran has demonstrated, for the US market is very important to major companies.

“If it was tough to go against the US, most companies would rather choose the US market and reduce their activity in the Russian market. The reason is simply the global dominance of the dollar and the US market”, Harms stated.

In January, US ambassador to Germany Richard Grenell sent letters to a number of German companies hinting that Washington could introduce sanctions for supporting the Nord Stream 2 gas pipeline project. The German Foreign Ministry reportedly described his actions as a "provocation."