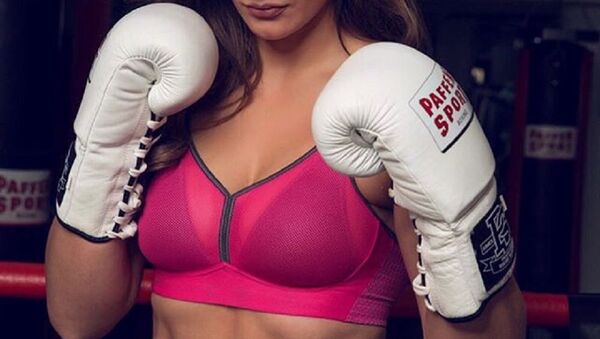 Lady Hammer is notably unbeaten in 28 fights to date, having earned the reputation of the most feared among women pro fighters, grabbing both the WBC and WBO world middleweight titles during her career.

Kazakh-born German fighter Christina Hammer, commonly referred to as “Lady Hammer”, is currently readying for the world middleweight title bout, slated for 13 April, and is expected to unify the world middleweight belts. She will take on fellow champion Clarissa Shields in what has been dubbed “the biggest fight in women's boxing history”.

Hammer and Shields had originally been expected to face each other in the octagon in November, but health problems stemming from a gut inflammation forced Hammer out of the bout. Now the pair will compete at one of the most iconic boxing spots — the Boardwalk Hall in Atlantic City, New Jersey, where Hammer will have a long-sought chance to win back her titles against the emerging star in women's boxing, 24-year-old Shields, who has just eight fights to her name.

Yet, Shields has already risen to fame, as she became the first American woman to win back-to-back Olympic titles as an amateur, before turning over in 2016.

In her fourth fight, Shields stopped the high-level pro German Nikki Adler to win her first two world titles in the 168 lbs division, and defended the belts twice before moving down to the middleweight – the title that Hammer is now determined to win back.

Lady Hammer, meanwhile, appears to shine equally bright outside the octagon, as she regularly models underwear, showing off her bombshell body for the Russia-based Anita Underwear company and most certainly turning her army of fans’ heads on Instagram.