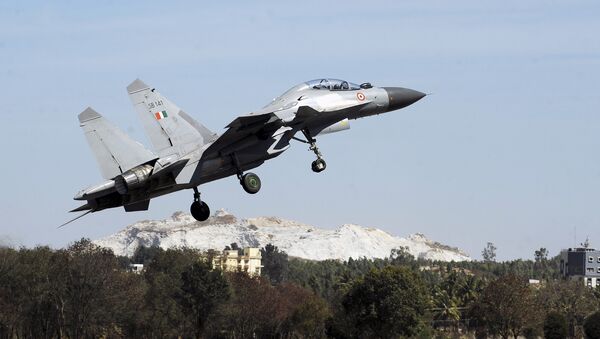 The Indian Air Force (IAF) detected four Pakistani F-16 fighter jets and an armed drone near the international border with Pakistan on Monday morning in the Khemkaran sector of Punjab.

The Indian Army and the IAF have remained on high alert after Indian intelligence warned about a possible deployment of armed drones and increased activities of the PAF along the international border since mid-March.

On 4 March, a Pakistani drone which tried to infiltrate the Bikaner sector of Rajasthan was shot down by an air-to-air missile fired from an Indian Su-30 fighter jet. On 27 February, the Indian Army shot down a Pakistani drone along the India-Pakistan border in Kutch in the state of Gujarat, which shares a border with Pakistan.

Tensions between the two nuclear-armed neighbours escalated in mid-February when a terrorist attack killed at least 40 Indian soldiers in the Pulwama district of Kashmir. On 27 February the two countries engaged in their first aerial clash in last five decades, a day after the IAF conducted an air strike against alleged terrorist infrastructure in Balakot, Pakistan.